There’s an iconic scene in the Star Wars trilogy where the protagonistic smuggler, Lando Calrissian, bitterly notes that a deal he struck with the evil Darth Vader is “getting worse all the time.” That exasperated sentiment strikes the right tone for the way many now view the deeply flawed Joint Comprehensive Plan of Action (JCPOA), alternatively known as the Iran Deal.

To refer to the Iran Deal as deeply flawed is in fact, a gross understatement. The JCPOA contained many disquieting clauses that many, including Obama’s supporters, saw as gravely dangerous. The deal made a mockery out of Obama’s claims that Iran’s nuclear facilities would be subjected to “anytime anywhere” inspections. In fact, under the deal, Iran is permitted to delay inspections by up to twenty-four days. Moreover, the opaque Parchin facility, where Iran has conducted its most secretive nuclear experiments, continues to remain largely off limits to international inspectors.

It now comes to light a secret addendum to the deal permits the Iranians to reduce their breakout time – the time needed to produce enough weapons-grade material sufficient for the manufacture of nuclear weapons – from one year to just six months or perhaps even less. 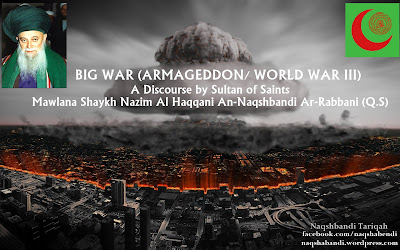 According to a secret document obtained by the Associated Press, key restrictions on Iran’s ability to enrich uranium taper off after a decade. Under this addendum, the Iranians will be permitted to replace their older, inefficient centrifuges – the machines that enrich uranium – with more modern and efficient ones. The newer centrifuges are in fact up to five times more efficient than the models they would be replacing. Moreover, according to the document, the Iranians will be allowed to conduct research and development on even more advanced centrifuges.

The Obama administration has repeatedly stated that its goal was to hold Iran to a one-year breakout period. Any timeframe less than that would represent a serious threat to national security and would endanger allies. But Obama, faced with multiple foreign policy failures, badly needed to secure at least one success and consequently, shoved a badly flawed agreement – the worst in U.S. diplomatic history, down America’s throat.

He employed his unscrupulous shills, including the notorious Ben Rhodes, to feed lies and falsehoods to the American people. Those fabrications were then skillfully magnified by manipulating elements within the media to repeat the administration’s talking points. Organizations like the anti-Israel J-Street were also employed for this dastardly task. “We created an echo chamber,” a smug Rhodes admitted with self-satisfaction.

Rhode’s shocking admission is starkly reminiscent of Jonathan Gruber’s tactics when selling Obama’s Affordable Healthcare Act. Gruber glibly acknowledged that the passing Obamacare depended on “the stupidity of the American voter.” But there is a world of difference between Obamacare and the JCPOA. While Obamacare harmed the American economy, caused hundreds of thousands to lose access to their existing plans, caused hardship to thousands of businesses and stunted America’s workforce, it has not, to my knowledge, resulted in loss of life. The JCPOA will almost certainly cause many to lose their lives. It is a blueprint for conflict and makes war a foregone conclusion.

The AP revelation must also be viewed in the wider context of Iran’s continued transgressions and malign influences. According to German intelligence, despite the Iran Deal, the Islamic Republic made concerted efforts to illegally obtain technology to bolster its nuclear, chemical, biological, and ballistic missile programs. Iran has created a number of front companies tasked with these illicit smuggling efforts and these activities have only intensified.

Moreover, the Iranians have flagrantly violated United Nations Security Council resolution 2231 which calls on Iran to refrain from developing or testing ballistic missiles for a period of eight years. Underscoring this disturbing breach, last week, the Islamic Republic test-fired a ballistic missile, it’s fourth such test since the signing of the JCPOA. Iran’s ballistic missile program is integral to its nuclear program and has but one aim, to acquire the ability to miniaturize a weapon of mass destruction and deliver the warhead over long distances. In fact, the mullahs haven’t even made an attempt to hide their nefarious intentions. In March, they test-fired a ballistic missile emblazoned with the caption, “Israel should be wiped off the face of the earth.”

The AP’s revelation is but another nail in the coffin of an agreement that was dead on arrival. We all knew the deal, in which the Iranians received $150 billion, was a bad one that couldn’t get any worse. How wrong we were.