It seems quite difficult to write any other headline for this particular comment from the SCOAMF-In-Chief:

...Barack Obama on Friday implicitly rebuked former House Speaker Newt Gingrich, calling his newly announced plan to deport Muslims who believe in sharia law “repugnant” and “an affront to everything” Americans stand for.

Gingrich suggested during an interview with Fox News’ Sean Hannity on Thursday night that America “test every person here who is of a Muslim background, and if they believe in sharia, they should be deported.”

...[Gingrich] fired back at Obama following his speech, remarking that the president’s “8 years of failure disqualify him as a critic.”

“Obama’s attack on me would be more impressive if he had ANY plan to defeat Islamic supremacists,” he tweeted.

There are a whole host of reasons that Sharia law is incompatible with the U.S. Constitution and American law, but here are a few to consider (courtesy of The American Thinker). 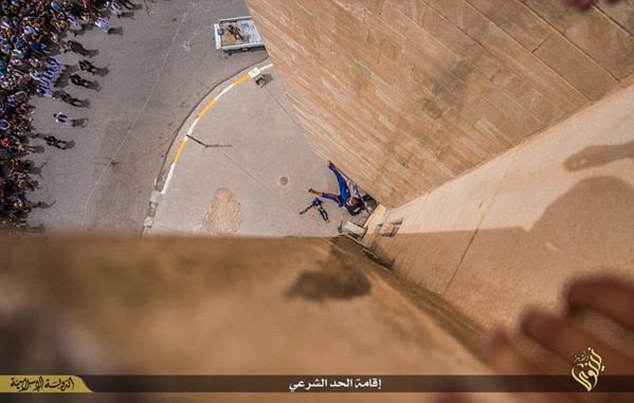 3. Islam orders death for Muslim and possible death for non—Muslim critics of Muhammad and the Quran and even sharia itself.

In 1989, Iran's Supreme Leader issued a fatwa (legal decree) to assassinate Salman Rushdie, a novelist, who wrote Satanic Verses, which includes questions about the angel Gabriel's role in inspiring the Quran. Now the extremists in the highest levels in Iran have recently renewed  the fatwa.

In 2005, The Muslim Council of Victoria, Australia, brought a lawsuit against two pastors for holding a conference and posting articles critiquing Islam. Three Muslims attended the conference and felt offended. The two pastors have been convicted based on Australia's vilification law. While on trial, one of them wanted to read from the Quran on domestic violence (see 9, above), but the lawyer representing the Council would not allow it. The pastors are appealing their conviction.

In 2005, British Muslims have been campaigning to pass a religious hate speech law in England's parliament. They have succeeded. Their ability to propagandize has not been curtailed. Opponents of the law say that it stifles free speech that may criticize Muhammad, the Quran, and Islam.

Here are the classical legal rulings.

First, the Muslim deserves death for doing any of the following (Reliance of the Traveler pp. 597—98, o8.7):

(1) Reviling Allah or his Messenger; (2) being sarcastic about 'Allah's name, His command, His interdiction, His promise, or His threat'; (3) denying any verse of the Quran or 'anything which by scholarly consensus belongs to it, or to add a verse that does not belong to it'; (4) holding that 'any of Allah's messengers or prophets are liars, or to deny their being sent'; (5) reviling the religion of Islam; (6) being sarcastic about any ruling of the Sacred Law; (7) denying that Allah intended 'the Prophet's message . . . to be the religion followed by the entire world.'

It is no wonder that critical investigation of the truth claims of Islam can never prevail in Islamic lands when the sword of Muhammad hangs over the scholars' head.

(1) Commit adultery with a Muslim woman or marry her; (2) conceal spies of hostile forces; (3) lead a Muslim away from Islam; (4) mention something impermissible  about Allah, the Prophet . . . or Islam.

According to the discretion of the caliph or his representative, the punishments for violating these rules are as follows: (1) death, (2) enslavement, (3) release without paying anything, and (4) ransoming in exchange for money. These punishments also execute free speech—even repulsive speech—and freedom of religion or conscience.

Ultimately, censorship testifies to a lack of confidence in one's position and message. If the message of Islam were truly superior, one could trust in the power of truth. As it stands, sharia with its prescribed punishments for questioning Muhammad, the Quran, and sharia itself testifies to their weakness since sharia threatens those who dare to differ.

How confident was Muhammad (and today's Muslims) in his message that he had to rely on violence and force to protect his message, besides reason and persuasive argumentation?

For the supporting article that analyzes the Quran and the hadith, both of which orders death to critics, click here.

2. Islam orders apostates to be killed.

In Iran an academic was condemned to death for criticizing clerical rule in Iran. The rulers assert that he was insulting Muhammad and Shi'ite laws. He was charged with apostasy.

This analysis  tracks the application of apostasy laws around the world, citing many examples.

Apostates are those who leave Islam, like Salman Rushdie (see the linked article in no. three, above), whether they become atheists or convert to another religion. They are supposed to be killed according to the Quran, the hadith, and later legal rulings.

See the previous point no. three for acts that entail leaving Islam according to Islamic law.

Here are the articles that support reason no. two.

This is a short, but full article on apostasy, citing Quranic verses and hadith passages.

Sayyid Maududi, a respected Islamic scholar, in this booklet argues that Sura 9:11—12 refers to apostates and that they should be put to death (scroll down to 'The Proof in the Quran for the Commandment to Execute Apostates').

This Muslim website has an overview of Islam on apostates. They should be given time to repent, but if they refuse, they must be killed.

And the number one reason why sharia is bad for all societies . . .

Muhammad is foundational to Islam, and he set the genetic code for Islam, waging war. In the ten years that he lived in Medina from his Hijrah (Emigration) from Mecca in AD 622 to his death of a fever in AD 632, he either sent out or went out on seventy—four raids, expeditions, or full—scale wars. They range from small assassination hit squads to kill anyone who insulted him, to the Tabuk Crusades in late AD 630 against the Byzantine Christians. He had heard a rumor that an army was mobilizing to invade Arabia, but the rumor was false, so his 30,000 jihadists returned home, but not before imposing a jizya tax on northern Christians and Jews.

Money flowed into the Islamic treasury. So why would Muhammad get a revelation to dry up this money flow?

What are some of the legalized rules of jihad found in the Quran, hadith, and classical legal opinions?

(1) Women and children are enslaved. They can either be sold, or the Muslims may 'marry' the women, since their marriages are automatically annulled upon their capture. (2) Jihadists may have sex with slave women. Ali, Muhammad's cousin and son—in—law, did this. (3) Women and children must not be killed during war, unless this happens in a nighttime raid when visibility was low. (4) Old men and monks could be killed. (5) A captured enemy of war could be killed, enslaved, ransomed for money or an exchange, freely released, or beaten. One time Muhammad even tortured a citizen of the city of Khaybar in order to extract information about where the wealth of the city was hidden. (6) Enemy men who converted could keep their property and small children. This law is so excessive that it amounts to forced conversion. Only the strongest of the strong could resist this coercion and remain a non—Muslim. (7) Civilian property may be confiscated. (8) Civilian homes may be destroyed. (9) Civilian fruit trees may be destroyed. (10) Pagan Arabs had to convert or die. This does not allow for the freedom of religion or conscience. (11) People of the Book (Jews and Christians) had three options (Sura 9:29): fight and die; convert and pay a forced 'charity' or zakat tax; or keep their Biblical faith and pay a jizya or poll tax. The last two options mean that money flows into the Islamic treasury, so why would Muhammad receive a revelation to dry up this money flow?

Thus, jihad is aggressive, coercive, and excessive, and Allah never revealed to Muhammad to stop these practices.

For an analysis of the Christian Crusades and the Islamic Crusades, click here.

Therefore, Islam is violent—unjustly and aggressively.

By supporting Sharia law, Mr. Obama implicitly advocates for jihad, the killing of infidels, stoning of women, the throwing of gays off of buildings, and related celebrations of the religion of peace.