The law is  Knowingly removing classified documents is a

The setting up of such a server and transmission or reception of classified material violates the statute since to accidentally cross the boundary.  It can  occur through conduct.

Further, there has been mention of the and what facially appears to have been

Here is the section of US law that Comey that the FBI found Hillary violated: 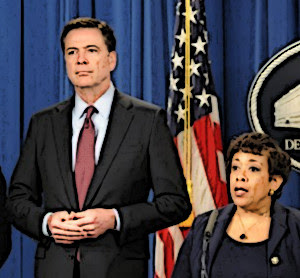 or delivered to anyone in violation of his trust, or to be lost, stolen, abstracted, or destroyed,

I’m so glad that there are among us people who have sworn to uphold our Covenant with Government, as it keeps bureaucrats from swearing allegiance to other mortals.
The question is, did you swear this oath to the Constitution, or in effect, to the people who have violated it? This furnishes a very searching question. Will the People fix what’s broken, or will they fold? Will they bear arms or will they wear chains?
It is in all its peculiarity an American question. How Americans answer it as we enter a general election will be informative.

And unfortunately, no one running swears to uphold the Constitution or the rule of law in any respect.
The only outcome is a matter of the degree of a tyrannical state.

So how do the people who have sworn to uphold the Constitution deal with the people in their same ranks who are abusing it, ignoring it, or saying it doesn't matter?