If prospective Hillary Clinton running mate Tim Kaine had his way, Virginia residents would be paying billions in higher taxes. As governor, Kaine sought to impose nearly $4 billion in higher taxes, including an income tax hike on families earning as little as $17,000 a year. He pushed for tax hikes on businesses and higher taxes on distilled spirits and cigarettes: 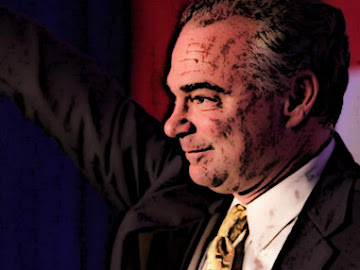 Kaine’s record in support of tax hikes makes him attractive to Hillary, who has proposed a series of tax increases totaling at least $1 trillion over 10 years.

See, that very attitude is what is wrong with things. If they vote, tax them. If not, don't. I would give Americans a simple choice. Each tax bracket (which would be made adjustable to (real) gdp, based on real typical consumables) would get to vote if it wanted to pay taxes and vote or not pay taxes and not vote. Those with no native income would be exempt and would not vote, save service connected disabled vets. What about "taxation without representation", and it's obverse, is not understood? Now, there would be a limit on that choice... starting at, say, $30k and on down. Further, a flat tax, with no other taxes, is what would be imposed. Everyone who makes a nickle would be taxed, if they chose to vote. Got a paycheck for $120? You pay $12... or whatever.

Things have to change. Including either exempting people from everything or making sure they have a horse in the game. This double standard isn't working. Making $17k and voting? Tax the bejesus out of em', just like the rest. Especially knowing the low tax brackets are the ones who generally vote early and often.

You guys just aren't listening, or getting it. Quit defending the indefensible.