In another blow to President Obama’s flagrant executive overreach, a federal appeals court smacked down an ObamaCare rule requiring all indemnity health insurance plans to meet essential coverage minimum standards. The decision offered by the three-judge panel included Patricia Millet, an Obama nominated judge, who said the Administration “overreached” when it adopted a 2014 rule that “effectively eliminated” the plans by adding “additional criteria” to previous law.

The courts have repeatedly rebuked Obama for extending his executive pen too far. In May, a federal judge ruled Obama “exceeded his authority” and struck down an Obamacare provision giving billions of dollars to health insurers through subsidies.

Last month, an Obama-appointed federal judge struck down Obama’s overreach when it came to fracking regulations. 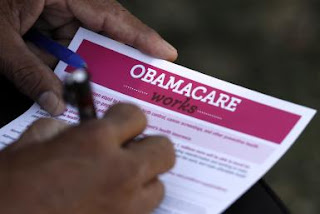 In the ruling on Tuesday, U.S. District Judge Scott Skavdahl said Congress had not granted the BLM that power, and had instead chosen to specifically exclude fracking from federal oversight. Skavdahl made it clear what he was — and wasn’t — considering in his ruling. ‘The issue before this Court is not whether hydraulic fracturing is good or bad for the environment or the citizens of the United States,’ he wrote. The question, instead, is ‘whether Congress has delegated to the Department of Interior legal authority to regulate hydraulic fracturing. It has not.’”

In June, an appeals court ruled Obama had wrongly bypassed Congress on his temporary government appointments.

“Congress did not want the president to install his chosen replacement unless the Senate approved,” SW General argued. “Allowing the permanent nominee to begin work immediately as an acting official would enable the president to advance his agenda without obtaining the Senate’s advice and consent.”

Judge Ralph Erickson of the District Court for the District of North Dakota found that the 13 states suing to block the rule met the conditions necessary for a preliminary injunction, including that they would likely be harmed if courts didn’t act and that they are likely to succeed when their underlying lawsuit against the rule is decided. … Immediately upon the rule taking effect, the rule will irreparably diminish the states’ power over their waters’ he continued, calling the Obama administration’s interpretation of its jurisdiction “exceptionally expansive.”

“In a 2-1 ruling, the Cincinnati-based Court of Appeals for the Sixth Circuit delivered a stinging defeat to Obama’s most ambitious effort to keep streams and wetlands clean, saying it looks likely that the rule, dubbed Waters of the United States, is illegal.”

The court’s continued rebuke of Obama’s imperial presidency shows that no one is above the law when crafting irresponsible policies that go against the Constitution and hurt Americans. Sadly, the American people must continue to look to the courts to protect them from the damaging policies of the last 7 years.