SUMMARY: Documents Reveal Top Washington IRS Officials Knew About Targeting of “Tea Party” Groups Two Years Before Disclosing it to Congress and Public ... FBI interview with IRS senior official reveals: “he thought the cases were being pulled based upon political affiliations”

Judicial Watch today released 294 pages of new Federal Bureau of Investigation (FBI) “302” documents revealing that top Washington IRS officials, including Lois Lerner and Holly Paz, knew that the agency was specifically targeting “Tea Party” and other conservative organizations two full years before disclosing it to Congress and the public. An FBI 302 document contains detailed narratives of FBI agent investigations. The Obama Justice Department and FBI investigations into the Obama IRS scandal resulted in no criminal charges.

The FBI 302 documents confirm the Treasury Inspector General for Tax Administration (TIGTA) 2013 report that said, “Senior IRS officials knew that agents were targeting conservative groups for special scrutiny as early as 2011.” Lerner did not reveal the targeting until May 2013, in response to a planted question at an American Bar Association conference. The new documents reveal that then-acting IRS Commissioner Steven Miller actually wrote Lerner’s response: “They used names like Tea Party or Patriots and they selected cases simply because the applications had those names in the title. That was wrong, that was absolutely incorrect, insensitive, and inappropriate.” 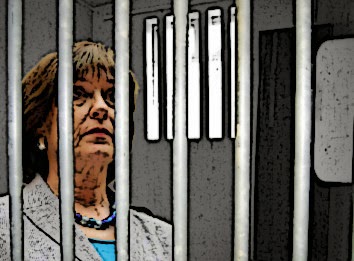 The FBI documents also reveal that IRS officials stated that the agency was targeting conservative groups because of their ideology and political affiliation in the summer of 2011. According to one senior tax law specialist, “The case seemed to be pulled because of the applicant’s political affiliation and screening is not supposed to occur that way … [Redacted] said he thought the cases were being pulled based upon political affiliations.” And IRS senior official Nancy Marks, appointed by Miller to conduct an internal investigation stated, “Cincinnati was categorizing cases based on name and ideology, not just activity.”

According to the FBI documents, Paz and others were informed in the late spring and summer of 2011 that Cincinnati agents were using “BOLO” (Be On the Look Out) briefing guides that instructed them to be “looking at cases using the Tea Party term.” The IRS failed to reveal such targeting until the ABA conference in May 2013:

She read how the case was screened and it was not because of the organization’s activity. The case seemed to be pulled because of the applicant’s political affiliation and screening is not supposed to occur that way.… She wanted to alert the managers about the way the cases were being pulled…. [Redacted] said he thought the cases were being pulled based upon political affiliations.… [Redacted] then went to tell [Redacted] said he would follow up on the issue and would let HOLLY PAZ know this was possibly occurring. This occurred in the mid to late March or April 2011 timeframe.

The cases were labeled as Tea Party cases. The screening sheets said the two cases were pulled because of the names and political affiliations.

[Redacted] attended a meeting in the summer of 2011. She was not invited, but she was talking to LERNER about something else in the office when LERNER mentioned that it would be interesting for her to attend … Only people from Washington, D.C. were in the room, to include HOLLY PAZ … At the meeting, it was disclosed that one of the ways Cincinnati was looking for cases was using the “Tea Party” term. They were calling the body of cases involving political activity “Tea Party” cases. The concern was that the IRS had put a label on the cases that would be problematic.

According to a ten-page section of the documents containing the FBI interviews with IRS Senior Technical Advisor Nancy Marks, in the spring of 2012, Miller asked Marks to “look into how these 501 (c)(4) cases were being handled and find out what the problems were.” After investigations in Washington and Cincinnati, Marks reported the following to Miller in May 2012 according to the FBI:

It was not until much later that MARKS saw information that [Redacted] was only looking for Tea Party cases…. The BOLO [Be on the Lookout] showed that at various points the criteria called for “Tea Party” name, and then later the ideology…. She told him [Miller, on May 3, 2012] that Cincinnati was categorizing cases based on name and ideology, not just activity. When MARKS told MILLER this, he threw his pencil across the room and said, “Oh shit.”

The FBI documents also reveal that the FBI investigated why Holly Paz, the IRS Acting Director of Rulings and Agreements in 2011, sat in on numerous of the Treasury Inspector General for Tax Administration (TIGTA) interviews with lower level IRS employees and if her presence improperly influenced the employees’ responses to investigators’ questions. The documents repeatedly state, “Other than the auditors, the only person present during the [Redacted] interview was HOLLY PAZ.”

The documents contain two separate lengthy FBI interviews with Lois Lerner, the first in June 2013 and the second in October 2013. Both interviews came after Lerner invoked her Fifth Amendment constitutional right against self-incrimination before the House Oversight Committee in May 2013. By answering questions under oath in her FBI interviews, Lerner seemed to undermine her earlier Fifth Amendment-based refusal to testify to Congress, since witnesses generally cannot invoke the right in one instance and not another. The House voted to hold Lerner in contempt of Congress for her refusal to testify.

And the FBI 302 documents also contain an interview in which Miller reveals that former IRS Commissioner Douglas Shulman very likely misled Congress in his March 22, 2012, testimony before the House Ways and Means Committee when he said, “There is absolutely no targeting.” According to the FBI report on the Miller interview, “In February or March, MILLER talked to SHULMAN about the development letters.” The “development letters” were letters sent by the IRS primarily to targeted conservative groups seeking what the Treasury Inspector General for Tax Administration (TIGTA) later termed “inappropriate” information about websites and donors.

“These new smoking-gun documents show Obama FBI and Justice Department had plenty of evidence suggesting illegal targeting, perjury, and obstruction of justice,” said Judicial Watch President Tom Fitton. “Both the FBI and Justice Department collaborated with the Lois Lerner and the IRS to try to prosecute and jail Barack Obama’s political opponents. These FBI documents show the resulting compromised investigation looked the other way when it came to Obama’s IRS criminality.”

Yes I know this is a silly question, but why didn't DoJ prosecute? Silly me. Lerner was doing Che obama's bidding; whether implicitly or implied.