Hillary Clinton can try to run and hide from the radical ideas proposed in the democrat Platform, but her policies proposals confirm her full embrace of the “The Sanders Manifesto,” which declares war on small business and threatens millions jobs across the country.

Last night, in an interview with CBS’s Charlie Rose, Clinton ridiculously claimed that her policies and the policies of her Party had not shifted to the left, even though Socialist Bernie Sanders called the democrat Platform “the most progressive platform ever.” Clinton’s laughable argument that the democrat Party is the party of the “center-left” couldn’t be more untrue: 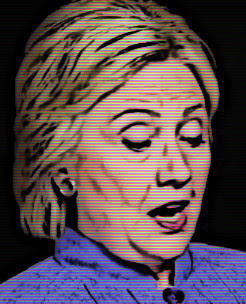 Democrats’ and Clinton’s embrace of Bernie Sanders ideology is not just a radical shift of the Party to the left; it is also a threat to millions of jobs and businesses. Here are just a few of the devastating policy proposals of Clinton and the Democrats:

While Clinton shamefully tries to mask the fact that the democrat Party was radically shifted to the left by Sanders, her far-left polices speak the truth about where she and the Party stand.