Change: More than a third of all U.S. wages and salaries come from government confiscating wealth and redistributing it

There's no better evidence of the Democrats' half-century of policy failures than this story from CNBC: "Welfare State: Handouts Make Up One-Third of US Wages".

Government payouts—including Social Security, Medicare and unemployment insurance—make up more than a third of total wages and salaries of the U.S. population, a record figure that will only increase if action isn’t taken before the majority of Baby Boomers enter retirement. 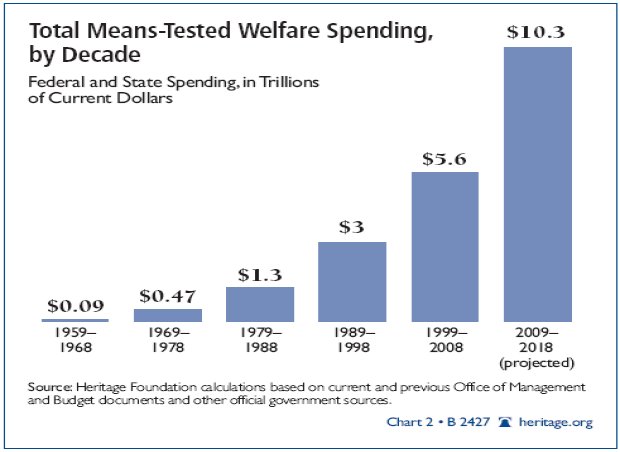 ...social welfare benefits make up 35 percent of wages and salaries this year, up from 21 percent in 2000 and 10 percent in 1960, according to TrimTabs Investment Research using Bureau of Economic Analysis data.

“The U.S. economy has become alarmingly dependent on government stimulus,” said Madeline Schnapp, director of Macroeconomic Research at TrimTabs, in a note to clients. “Consumption supported by wages and salaries is a much stronger foundation for economic growth than consumption based on social welfare benefits.” 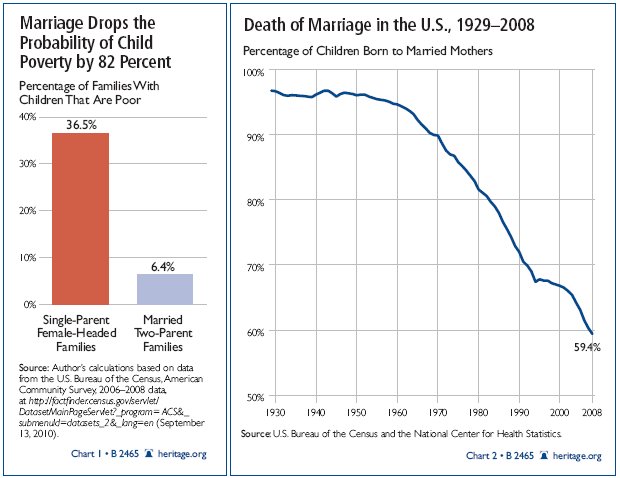 Let's start by ending the Democrats' disastrous "War on Poverty", which has created more poverty and misery than any set of government programs in world history.

Killing off welfare except to those in desperate need would be a nice trillion-dollar stimulus to the real economy. And it would actually increase marriage rates, reduce violent crime, and improve educational outcomes.

Well of course welfare is going up significantly. Cell phones, cable, internet, and cars are getting so expensive now a days. And cigarettes are taxed up the wahzoo.

I hope everyone understands what this means...On average, each working person is directly responsible for 50% of the income of a stranger.

Each worker is forced to sacrifice funds for support of his loved ones in order to provide for half the existence of another, with the threat of jail time if he declines.

Support for others is called charity. Charity is voluntary. Forced charity is called Socialism!

Wake up! Wake up your friends! Fight! Our enemies from within and without plot our demise with every breath they take! Believe it!