Researchers in the United Kingdom have found algae-like fossils in meteorite fragments that landed in Sri Lanka last year. This is the strongest evidence yet of cometary panspermia — that life on Earth began when a meteorite containing simple organisms landed here, billions of years ago — and, perhaps more importantly, that there’s life elsewhere in the universe.

In December 2012, a fireball was seen over the skies of Polonnaruwa, Sri Lanka. Over the following few days, fragments of the fireball were collected and sent to Sri Lanka’s Medical Research Institute, where initial microscopic analysis revealed siliceous microalgae known as diatoms. As you can imagine, with this being the first ever evidence that life might’ve arrived on Earth via a meteorite, the scientific community was skeptical of the results — and so some fragments were sent to Cardiff University in Wales for further analysis. The researchers at Cardiff are now reporting that they’re sure that these fragments come from an extraterrestrial meteorite — and that there are definitely “fossilized biological structures” within them. Panspermia, it seems, is a go. 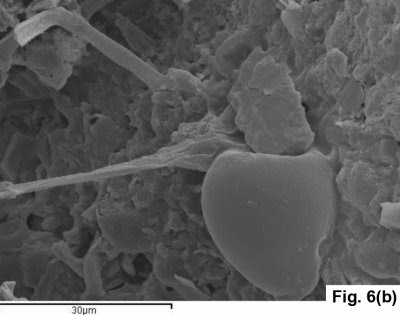 There are a few competing theories for how life began on Earth. Panspermia, where life arrived on the back of a comet or asteroid, is one. Abiogenesis, the theory that life spontaneously erupted from inorganic molecules in Earth’s primordial soup, is another. Directed panspermia, where an alien race intentionally sent an asteroid or spacecraft loaded with living organisms to Earth, is another slightly more exotic theory. As for which theory is correct, we’ll probably never know — but the Polonnaruwa meteorite definitely puts the odds in panspermia’s favor... 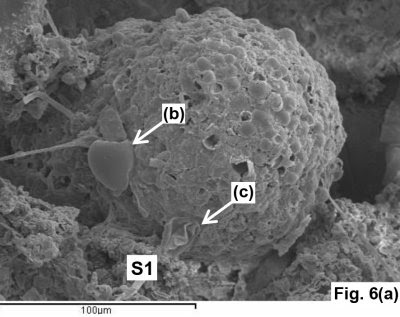 These findings aren’t a slam dunk, though. According to our in-house biologist John Hewitt, there’s a strong possibility that the fossils aren’t actually biological in nature — they simply look biological. “This is kind of like finding a Q from Scrabble floating in space; it may be worth 10 points, but finding a few Es first would be a bit more convincing,” Hewitt says. There’s also the fact that the research was published in the Journal of Cosmology, a peer-reviewed journal that has come under critical scrutiny numerous times since it was established in 2009. The journal faced a lot of controversy when it published a paper by NASA engineer Richard Hoover claiming to have found fossils “similar to cyanobacteria” in meteorites... 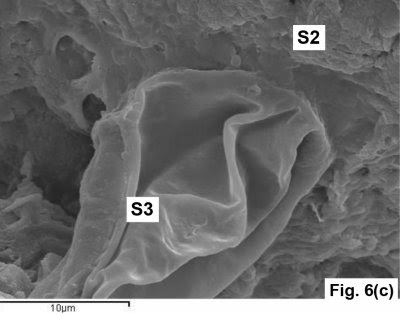 ...One thing’s for certain, though: For this to actually become science — for Chandra Wickramasinghe’s dream of panspermia to become a reality — this work will need to be replicated by many other groups around the world. It would be very, very exciting indeed if biological fossils have been found on an extraterrestrial meteorite. It would be proof that there’s life on other planets — and essentially a guarantee that the universe is full of life. But, as always, extraordinary claims require extraordinary evidence.

Indeed. There are plenty of physicists expressing skepticism, so it may be a tad premature to abandon literal interpretations of religious texts.

at 9:27 PM
Email ThisBlogThis!Share to TwitterShare to FacebookShare to Pinterest
Labels: Faith, Scitech

It almost reminds me of the (fictional story, actually) notion that Galileo kept trying to hammer the Church to believe that the earth wasn't the center of the universe, only in a twisted reverse. (He was teaching at the University... which was Catholic. It wasn't his science, it was that he was a complete jerk to his bosses, that got his science side-lined... much like a Christian in academia would be treated today... if they existed.)

Or the... questionable character in In Search of the Holy Grail who keeps trying to sing, and for all our sakes keeps getting cut off. Only, no one is cutting these jackwagons off.

Nope. Phil takes the poor guy apart. Seems this was not his first, or even fifth attempt at promoting a pet theory.

I find it hard to believe that any living organisim could survive the intense heat of entry into our atmosphere on the back of a meteorite. Not to mention the countless years in the vaccum and cold of space before eventually colliding with our planet.

Nonsense. They must first prove this rock didn't come from Earth.

Long, high splashes of rock caused by asteroid and cometary fragment impacts can orbit the Sun along with Earth for a long time, before a perturbation causes them to fall back. Same happens with material from other planets; there have been Mars meteorites found on Earth.

Makes sense...I really don't know why it is so hard to believe....how was the earth created......the earth didn't just apear out of nowhere...