EARLY in the year 1789 the French nation found itself in deep financial embarrassment: there was a heavy debt and a serious deficit...

...It was urged, then, that the issue of four hundred millions of paper, (not in the shape of interest-bearing bonds, as had at first been proposed, but in notes small as well as large), would give the treasury something to pay out immediately, and relieve the national necessities; that, having been put into circulation, this paper money would stimulate business; that it would give to all capitalists, large or small, the means for buying from the nation the ecclesiastical real estate, and that from the proceeds of this real estate the nation would pay its debts and also obtain new funds for new necessities: never was theory more seductive both to financiers and statesmen.

It would be a great mistake to suppose that the statesmen of France, or the French people, were ignorant of the dangers in issuing irredeemable paper money; No matter how skillfully the bright side of such a currency was exhibited, all thoughtful men in France remembered its dark side. They knew too well, from that ruinous experience, seventy years before... the difficulties and dangers of a currency not well based and controlled.

They had then learned how easy it is to issue it; how difficult it is to check its overissue; how seductively it leads to the absorption of the means of the workingmen and men of small fortunes; how heavily it falls on all those living on fixed incomes, salaries or wages; how securely it creates on the ruins of the prosperity of all men of meagre means a class of debauched speculators, the most injurious class that a nation can harbor,—more injurious, indeed, than professional criminals whom the law recognizes and can throttle; how it stimulates overproduction at first and leaves every industry flaccid afterward; how it breaks down thrift and develops political and social immorality.

All this France had been thoroughly taught by experience. Many then living had felt the result of such an experiment—the issues of paper money... and there were then sitting in the National Assembly of France many who owed the poverty of their families to those issues of paper. Hardly a man in the country who had not heard those who issued it cursed as the authors of the most frightful catastrophe France had then experienced...

...From the early reluctant and careful issues of paper we saw, as an immediate result, improvement and activity in business. Then arose the clamor for more paper money. At first, new issues were made with great difficulty; but, the dyke once broken, the current of irredeemable currency poured through; and, the breach thus enlarging, this currency was soon swollen beyond control. It was urged on by speculators for a rise in values; by demagogues who persuaded the mob that a nation, by its simple fiat, could stamp real value to any amount upon valueless objects. As a natural consequence a great debtor class grew rapidly, and this class gave its influence to depreciate more and more the currency in which its debts were to be paid.

The government now began, and continued by spasms to grind out still more paper; commerce was at first stimulated
by the difference in exchange; but this cause soon ceased to operate, and commerce, having been stimulated unhealthfully, wasted away. Manufactures at first received a great impulse; but, ere long, this overproduction and overstimulus proved as fatal to them as to commerce. From time to time there was a revival of hope caused by an apparent revival of business; but this revival of business was at last seen to be caused more and more by the desire of far-seeing and cunning men of affairs to exchange paper money for objects of permanent value.

As to the people at large, the classes living on fixed incomes and small salaries felt the pressure first, as soon as the purchasing power of their fixed incomes was reduced. Soon the great class living on wages felt it even more sadly. Prices of the necessities of life increased: merchants were obliged to increase them, not only to cover depreciation of their merchandise, but also to cover their risk of loss from fluctuation; and, while the prices of products thus rose, wages, which had at first gone up, under the general stimulus, lagged behind. Under the universal doubt and discouragement, commerce and manufactures were checked or destroyed. As a consequence the demand for labor wasdiminished; laboring men were thrown out of employment, and, under the operation of the simplest law of supply and demand, the price of labor—the daily wages of the laboring class—went down until, at a time when prices of food, clothing and various articles of consumption were enormous, wages were nearly as low as at the time preceding the first issue of irredeemable currency...

The mercantile classes at first thought themselves exempt from the general misfortune. They were delighted at the apparent advance in the value of the goods upon their shelves. But they soon found that, as they increased prices to cover the inflation of currency and the risk from fluctuation and uncertainty, purchases became less in amount and
payments less sure; a feeling of insecurity spread throughout the country; enterprise was deadened and stagnation
followed.

New issues of paper were then clamored for as more drams are demanded by a drunkard. New issues only increased the evil; capitalists were all the more reluctant to embark their money on such a sea of doubt. Workmen of all sorts were more and more thrown out of employment. Issue after issue of currency came; but no relief resulted save a momentary stimulus, which aggravated the disease. 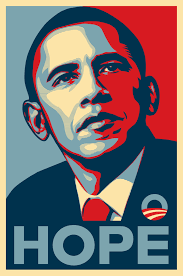 The most ingenious evasions of natural laws in finance which the most subtle theorists could contrive were tried—all in vain; the most brilliant substitutes for those laws were tried; "self-regulating" schemes, "interconverting" schemes —all equally vain.* All thoughtful men had lost confidence. All men were waiting; stagnation became worse and worse... It ended in the complete financial, moral and political prostration of France—a prostration from which only a Napoleon could raise it.

...If we glance at the financial history of France during the Franco-Prussian War and the Communist struggle, in which a far more serious pressure was brought upon French finances than our own recent Civil War put upon American finance, and yet with no national stagnation or distress, but with a steady progress in prosperity, we shall see still more clearly the advantage of meeting a financial crisis in an honest and straightforward way, and by methods sanctioned by the world's most costly experience, rather than by yielding to dreamers, theorists, phrase-mongers, declaimers, schemers, speculators or to that sort of "Reform" which is "the last refuge of a scoundrel."

There is a lesson in all this which it behooves every thinking man to ponder.

Mr. Ross, your links and selections on economic matters are outstanding - and terrifying. Thank you.

I agree 100% with the way things look more bleak than ever. But this was the President that ran on "Change", so at least he didn't lie to us.