MARK LEVIN TRANSCIPT: What happens when the system collapses?

A caller to Thursday's Mark Levin Show [MP3] had an interesting question regarding the inevitable result of Barack Obama's record-setting deficits.


Curtis: We talk about all of this out-of-control spending, we have the CBO reports, the GAO, the Medicare Trustees, I mean how much time do we really have before...

Levin: Well, the Social Security Trustees report that we have only 11 years, that's all. 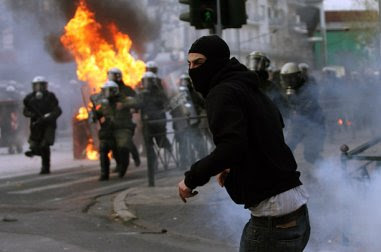 Levin: It's hard to know. Hard to know, but at some point... you can see, Curtis, how they're struggling now. They're having to do these little Continuing Resolutions, they have to lie about how much we're in debt and the yearly deficit.

You can see that they're in full cover-up mode like Ponzi or Madoff. But it's hard to know exactly when [it all comes crumbling down]...

Curtis: What will this collapse look like [when it occurs]? What will we experience?

- the seizing of assets... oh, they'll say it's done legally, to get "the rich", to close some "unfair loophole". Including, I believe, and I've talked about this extensively, 401(k) plans and private pensions. There's trillions of dollars sitting there and, in the view of the government, you have that money sitting there because they gave you certain tax advantages that they choose to take away.

- also in terms of programs the government offers, those programs will dry up. You'll start to see that.

- you'll start to see hyper-inflation, where the Fed -- through monetary policy -- will try to keep apace with [Obama's] disastrous fiscal policies.

- you'll see promises that the government made, such as Social Security and Medicare, start to disappear. 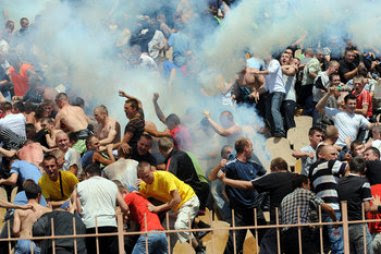 What you'll see in a more theoretical sense is a breakdown in the social contract. You'll see that all of these welfare programs were not social service and insurance programs, those were just facades. So all of the false premises and pretexts that were used to develop these massive entitlements, all of the borrowing and printing, will have an enormously devastating effect on our financial system.

And so my point is, you will see signs... of more and more aggressive central government... this is one of the reasons you hear me, on and on and on, attack class warfare. Because it's not about class warfare. If they can break down the most successful and productive elements of our society, they're going to break you down.

And when they break you down, you're going to ask for help. From whom? The government. Not all of you, but you get the point. When the thing begins to unravel, it collapses.

I'm not Nostradamus here, but the Constitution was set up the way it was set up to prevent this sort of thing. The people in public office today, the president, almost all of the members of his party in DC, reject limited constitutional government.

The lessons of Argentina are especially relevant.


Thanks to Biff Spackle for the transcript.

Hyperinflation will be the killer and it will take a long time to get away from it.With almost 50 million people on the taxpayer bread basket, imagining the carnage when they don't get their freebies. Storing gold won't do much. Store things you can trade for.

Greece now has a front-seat to the show.