Another horrifying assertion by Planned Parenthood

No matter where you stand on the issue, the allegation that a baby surviving a botched abortion can legally be executed is noxious, repellent and -- yes -- evil. Yet this is the position of Planned Parenthood.

Florida legislators considering a bill to require abortionists to provide medical care to an infant who survives an abortion were shocked during a committee hearing this week when a Planned Parenthood official endorsed a right to post-birth abortion. 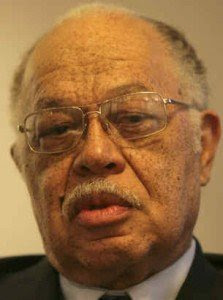 Alisa LaPolt Snow, the lobbyist representing the Florida Alliance of Planned Parenthood Affiliates, testified that her organization believes the decision to kill an infant who survives a failed abortion should be left up to the woman seeking an abortion and her abortion doctor.

"So, um, it is just really hard for me to even ask you this question because I’m almost in disbelief," said Rep. Jim Boyd. "If a baby is born on a table as a result of a botched abortion, what would Planned Parenthood want to have happen to that child that is struggling for life?”

"We believe that any decision that's made should be left up to the woman, her family, and the physician," said Planned Parenthood lobbyist Snow.

...Rep. Jose Oliva followed up, asking the Planned Parenthood official, "You stated that a baby born alive on a table as a result of a botched abortion that that decision should be left to the doctor and the family. Is that what you’re saying?”

Again, Snow replied, “That decision should be between the patient and the health care provider.”

“I think that at that point the patient would be the child struggling on the table, wouldn’t you agree?” asked Oliva.

"That’s a very good question. I really don’t know how to answer that," Snow said. "I would be glad to have some more conversations with you about this.”

David Steinberg is as nauseous as I am.

...there is no daylight between her testimony and an advocacy of decriminalizing murder.

If a child brought into the world under such circumstances is unworthy of life via the intentions of the mother, logic dictates that the child would be placed in such limbo indefinitely, until such time as the mother chooses to kill it. Two minutes later, twenty-five years later: if this monstrous woman could shape a society according to her testimony, then the mother would necessarily have a permanent right to slaughter her child.

But Todd Akin is the extremist, don't ya' know?

Which brings me to Kermit Gosnell.

The subject of greatest interest to me is why the pro-infanticide forces have suddenly decided to "go public."

I think they sense that their backs are being pressed to the wall by the Gosnell prosecution: that such things happen from time to time in every abortion mill, and that it will all come out sooner or later.

Up tobage 18. Remember, kids become officially adults at 18.
I believe there is additional quote questioning applying the same rights as an adult human being.