The Supreme Court has spoken. The recent Heller decision (thank you, Ted Cruz) made clear that "the sorts of weapons protected [by the Second Amendment are] those in common use."

In light of the fact that only 4 million AR-15 variants are in circulation, please consider "Silver Creek man becomes first arrest under new gun laws":

If Wassell is convicted of the felonies, he faces a possible prison sentence of seven years. 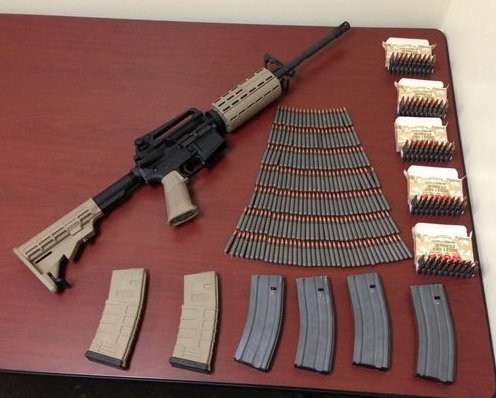 “By selling these illegal firearms, Mr. Wassell’s actions had potentially dangerous consequences for New Yorkers,” said Schneiderman, whose office conducted the joint investigation with the State Police. “We have seen far too much gun violence in our state in recent months, and the sale of illegal semiautomatic weapons will not go unpunished."

Schneiderman’s office believes the arrest is the first in the state since the gun-control legislation was passed two months ago... The gun is considered a banned weapon now in New York, and selling it is a Class D felony, because it had several military features, including a pistol grip, telescoping butt stock and bayonet mount.

I glean from recent emails that many Americans' patience with those who violate the Constitution on a daily basis is wearing thin.

yup the drag net for otherwise law abiding average americans suddenly turned into criminals by the state will ramp up. its a feature not a bug. going after real criminals with guns is, well you know, dangerous.... at some point the sheep are going to surprise them and show teeth....

Can any states (Texas, Idaho, Montana, Wyoming) offer some kind of asylum for this guy?

There's an undercover agent who I hope is proud of hisself. Will the papers print his name too? We can only hope.