When a country is forced to borrow 42 cents of every dollar it spends, behavior like this borders on the criminal:

SENATOR SESSIONS: We're a nation of immigrants, we are built that way... our law would expect and calls for immigrants who can sustain themselves and not be a public charge as a historic rule. We have instances of the promotion of the SNAP [food stamp] program in foreign consulates... 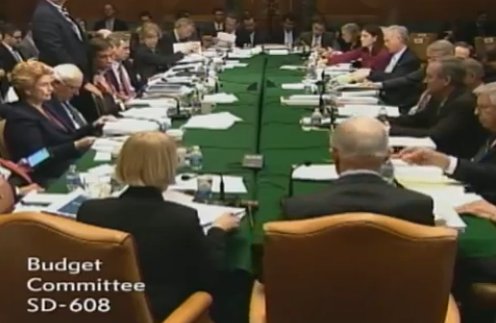 ...[We should] prohibit the expenditure of funds for the promotion of the SNAP program in foreign embassies.

In short, Democrats voted unanimously to market free food stamps to the poor and indigent. As freebies. As giveaways.

If you want to make big bucks, consider moving to Washington, D.C. The sky is the limit when it comes to suckling on the public teat.

What they aren't destroying the economy fast enough? These Cloward and Piven moon bats need to be hung.