I know, it's hard to believe that a state with the squeaky clean reputation of Illinois -- and its fabulous Democrat-slash-union monopoly on government -- would get caught up in something like this.

Illinois settled a fraud charge Monday with the Securities and Exchange Commission that it misled investors with shoddy disclosure between 2005 and 2009 about the significant financial risks posed by its pension funding system. 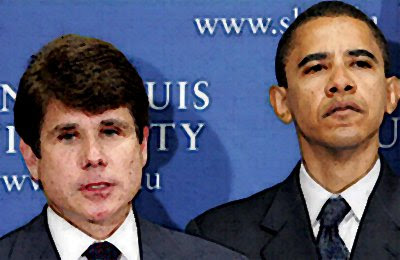 The SEC's two-and-a-half-year probe into the state's pension disclosure concluded Monday with the announcement of a civil charge of fraud against Illinois for violating federal securities laws in its public pension disclosures in offering statements on $2.2 billion of general obligation bonds.

The state settled the charge by agreeing to a cease-and-desist order in which it neither admitted nor denied the order's findings. Illinois does not face any fines or penalties.

The order offers a stinging assessment of the state's past disclosure practices for failing to provide investors with material information about its pension funding system and the stress it posed to the state's fiscal condition.

The action Monday is the second taken by the SEC against a state. New Jersey entered a settlement order in 2010. "Municipal investors are no less entitled to truthful risk disclosures than other investors," said George S. Canellos, acting director of the agency's Division of Enforcement. "Time after time, Illinois failed to inform its bond investors about the risk to its financial condition posed by the structural underfunding of its pension system."

The state established a 50-year funding schedule in 1994 with payments based on a statutory formula, not an actuarially required contribution. The SEC found that the methodology structurally underfunded Illinois' pension obligations and backloaded the majority of pension contributions far into the future...

...Illinois faces a staggering $95 billion of unfunded liabilities for a funded ratio of just 40.4%, the worst among U.S. states...

Say, I've got an idea! Let's have the same jamokes who drove Illinois into bankruptcy run the federal government!