The brilliant Mark Levin is one of the few pundits offering blunt and honest criticism of the feckless Republican Establishment that is now in the throes of "re-branding itself".

The autopsy report. They don't even know how to name a report. The autopsy report. Here's the deal, folks: Reince Priebus was ahead of the Republican National Committee when Romney lost. Why hasn't he been fired? Why hasn't he been fired? Karl Rove ran the biggest independent PAC in America, or one of them. He won 1.3% of his races. Why do people keep promoting him? On TV, donors, and so forth. These losers are not going to save the Republican party... 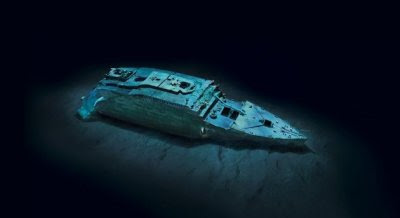 ...A year ago, a poll was done, it's not every year, except this year so far, and I believe it's Gallup, the political ideology of the American people. 'While 47% of Americans continue to describe their views as conservative, 35% moderate, 21% liberal. For the third straight year, conservatives outnumber moderates, after more than a decade in which moderates mainly tied or outnumbered conservatives. I'm giving you this information for a reason.

I liken President Obama to the Captain of the Titanic. And First Mate John Boehner, instead of sounding the alarm, is helpfully steering the mighty ship right into the iceberg.