Drug Cartels Now Control the Southern Border So Thoroughly That U.S. Media is Too Scared to Report on Border Crime

JudicialWatch reports that the U.S. southern border is so porous -- and violent illegals so prevalent here -- that American media has been frightened into submission.

Violence along the southern border has gotten so out of control that both Mexican and American journalists have stopped reporting it out of fear that drug cartels will retaliate against them and their families. 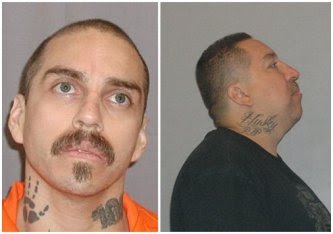 This means Americans will be kept in the dark about the crisis along the porous and increasingly dangerous Mexican border. We certainly can’t expect the truth from the government. Remember that the nation’s Secretary of Homeland Security, Janet Napolitano, insists that the region is “as secure as it has ever been.” This delusional assessment has been repeated by Napolitano over and over again in a seemingly desperate effort to make people believe it.

“Mexican journalists, because of fear for their own lives and the safety of their families, are increasingly reluctant to cover drug cartels’ violence and mayhem,” according to Lee Maril, the director of the Center for Diversity and Inequality Research (CDIR)... "What has occurred in recent months is that American reporters located in American border cities also have stopped reporting on drug-related violence across the border for the same reasons as their Mexican counterparts.” 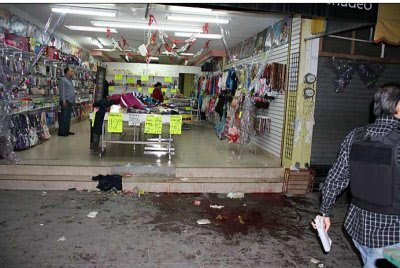 That means no one really knows the true magnitude of the violence, though it’s apparent that the U.S. government is downplaying it. “It would seem that drug violence only stops at the Mexican border in the imaginations of Washington politicians,” Maril says, offering a recent example in Reynosa, the twin border city of McAllen in south Texas. A small local newspaper reporter dared to publish this: “Fear and panic filled the streets as rival gunmen battled during a three-hour firefight that saw automatic weapons and grenades used.”

Judicial Watch has for years reported on the discrepancy between reality and the administration’s line that the Mexican border is secure. The truth is that overwhelmed federal agents are increasingly attacked by heavily armed drug smugglers and the U.S. Border Patrol has ordered officers to avoid the most crime-infested stretches because they’re “too dangerous” and patrolling them could result in an “international incident” of cross border shooting.

The violence has inevitably spilled into U.S. communities near the southern border, forcing local law enforcement agencies to create special units dedicated to combating criminal activity related to illegal immigration and Mexican drug cartels. In the absence of federal action, border crime has risen sharply in the last decade and will only get worse, according to statistics provided to congressional leaders by frustrated Arizona authorities.

To sum things up:

• It is also trying to prevent states like Arizona from enforcing voter ID laws to ensure only legal citizens are able to cast ballots.

• And now that millions of illegal aliens are here -- including tens or hundreds of thousands of violent gang members -- the White House is letting them loose on our streets and insisting we put them on a path to citizenship (while keeping the border wide open).

Is it okay to question the Democrats' patriotism yet?

Doug, I know you gotta be busy, but can you hook up comments with Disqus or LiveFyre or something? It really does make it easier to link over here, and follow up on replies.

(For example, if you reply to this, I'll never know unless I check back frequently.)

One of the Westphalian criteria used to determine whether a government is sovereign is whether it can control its borders. I wonder if that's occurred to anyone in Washington lately?

Drug cartel is the main issue that both Mexico and US should work on together.