Because I suppose Homeland Security's acquisition of hundreds of unmanned drones, 1.6 billion rounds of ammunition and thousands of armored vehicles aren't sufficient for a police state.

helix2301 writes with this snippet from NBC News: 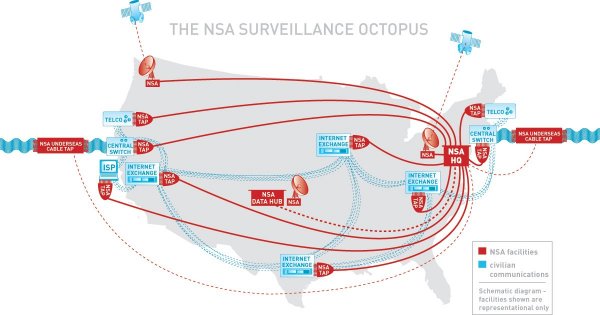 The U.S. government is expanding a cybersecurity program that scans Internet traffic headed into and out of defense contractors to include far more of the country's private, civilian-run infrastructure. As a result, more private sector employees than ever before, including those at big banks, utilities and key transportation companies, will have their emails and Web surfing scanned as a precaution against cyber attacks.

Further on, the story notes that "By using DHS as the middleman, the Obama administration hopes to bring the formidable overseas intelligence-gathering of the NSA closer to ordinary U.S. residents without triggering an outcry from privacy advocates who have long been leery of the spy agency's eavesdropping."

But the ends justify the means, right, progressives?

at 11:28 AM
Email ThisBlogThis!Share to TwitterShare to FacebookShare to Pinterest
Labels: Crime, Democrats, extremism, Holder, Obama

I'd like to see them water board Incompetano to find out what the bullets are for, and why they want to queer the Internet. Answers, real answers for adult consumption is what is called for. Why are they threatened by what they can not control? who do they not trust? I'd like to hear them say it.