Department of Education Quotes Genocidal Maniac on its Website

But there's nothing to cut in the federal government!

The Department of Education has come under fire for showcasing an ‘inspirational quote’ from the Chinese dictator Mao Zedong on its site ‘Kids Zone’ which is produced by it’s auxiliary organization the National Center for Education Statistics.

‘Our attitude towards ourselves should be ‘to be satiable in learning’ and towards others ‘to be tireless in teaching.” 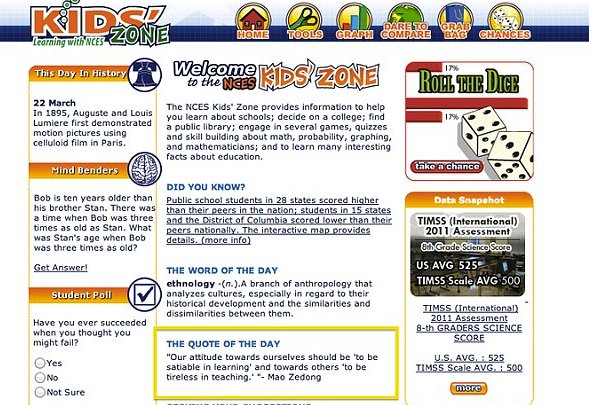 After a ruckus was raised, the quote was quickly expunged.

You may recall that former Obama Communications Director Anita Dunn was also an unabashed admirer of Mao. Whether she found his human rights record or his commitment to religious tolerance most appealing is currently unclear.

Ignoring the fact that Mao was misquoted on the DOE's website (it's "insatiable", not "satiable"), the quote itself is not offensive, and Mao's killing of 65 million does not make it so. It's like saying that the Bible is somehow tainted because it's God's will that some women miscarry during pregnancy.

@Anon -
Well, why not quote Pol Pot, Hitler, and Stalin since they killed fewer folks than Mao, but also had some fine, inspiring missives?

The point of quoting Mao on a Kids Zone website is to get kids to think of Mao as a reasonable source for information. I'd guess there's about a 99 percent chance that a similar quote could be found from one of America's founding fathers or a similar source, but that would not advance the narrative of the acceptability of communism.