"Willful Ignorance Is Not an Excuse"

Bloomberg -- the news service, not the idiot mayor -- reports that:

Refuting this madness is Karl Denninger, who likens America to a typical, middle-class household.

Let's assume that a few years ago you had $51,000 in annual income, about average.

You also, however, had $180,000 in debt, and most of your debt is in a balloon note mortgage that has to be rolled over every three years. That is, every three years you must find someone who will write you a new mortgage, or you're out of your house...

Your income has dropped somewhat to $48,980, which is a bit below average, but not by too much. That's a 4% reduction, incidentally. 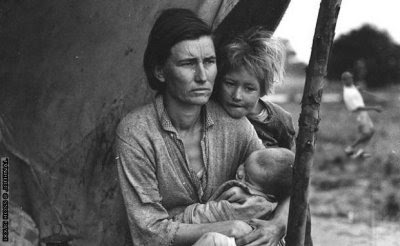 But your debt is now $328,660, or very close to double what it was five years ago. The reason your debt has increased is that you spent $70,760 last year, and in fact have been doing this for the last five years -- spending dramatically more than you took in. You had a couple of very bad years for income, but never cut back on your spending -- and in fact you still aren't back to where you were on income five years previous.

You believe there is no "debt crisis" because the cost of borrowing all that money has gone down in interest rate terms. But this is a chimera, because you didn't borrow all the money for 30 years, locking in your cost -- instead, in order to make your spending better than it would otherwise be, you have borrowed a huge percentage of this money on a short-term basis which still must be rolled over every couple of years!

Your debt:income ratio has deteriorated by about a factor of two in the last five years.

"No immediate crisis"? Says who? That's not under your control because you neither control your income nor can you compel anyone to roll that debt over at a favorable cost.

You are currently enjoying this cheap lending because people are scared, in fact, that all of their other options for the use of their capital will result in huge losses, while they believe you are "safer" in this regard.

This is not good, it's bad.

The numbers used above are, in fact, the federal budget and debt figures with some zeroes and such lopped off.

a) Status quo - the economy doesn't improve, but people continue to lend you money at low rates primarily due to fear. Eventually confidence is lost in your ability to repay and, one day, the debt can't be rolled over. That is when bankruptcy occurs, suddenly and with absolute certainty.

b) Improvement - the economy improves to the point where interest rates rise; your ability to make payments becomes harder and harder, which causes interest rate demands to increase, and so on. A crisis ensues.

The most basic financial advice ever uttered is TANSTAAFL - "There ain't no such thing as a free lunch."

Yet there are those who claim that the Fed's endless money-printing is somehow different. Here's a preview of coming attractions for you drones, media clowns and related Obama sycophants: it ain't different this time.