The cojones on this guy!

(Fox) – A Florida Atlantic University student said he was punished after he refused a professor’s directive to stomp on a piece of paper with the word “Mohammed” written on it. The university, meanwhile, is defending the assignment as a lesson in debate. 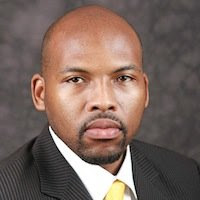 “I’m not going to be sitting in a class having my religious rights desecrated,” student Ryan Rotela told television station WPEC. “I truly see this as I’m being punished.”

Rotela, who is a devout Mormon, said the instructor in his Intercultural Communications class told the students to write the name “Mohammed” on a sheet of paper. Then, they were told to put the paper on the floor.

“He had us all stand up and he said ‘Stomp on it,’” Rotela said. “I picked up the paper from the floor and put it right back on the table.

The young college student told the instructor, Deandre Poole, that the assignment was insulting and offensive.

“I said to the professor, ‘With all due respect to your authority as a professor, I do not believe what you told us to do was appropriate,’” Rotela said. ‘I believe it was unprofessional and I was deeply offended by what you told me to do.’”

Rotela took his concerns to Poole’s supervisor – where he was promptly suspended from the class.

...A university spokesperson told they could not comment about Rotela’s case due to student privacy laws... However, the university is defending the instructor’s assignment to stomp on the name of Mohammed.

Because I meant to say "Jesus". Sorry about that, the dogs were barking.

at 11:16 AM
Email ThisBlogThis!Share to TwitterShare to FacebookShare to Pinterest
Labels: Democrats, Education, extremism, Faith

I was waiting for that punchline !!

Meet Deandre Poole, the Florida Atlantic University "professor" and top Democrat Party official who suspended a student that didn't want to follow his orders to write “Jesus” on a piece of paper, put it on the floor and then step on it.
https://www.facebook.com/deandre.poole