FINALLY: A Proposal for a Gun Control Law That Might Have Stopped the Sandy Hook Massacre

Based upon the recent release of information related to the Newtown shootings (timed, coincidentally I'm sure, with President Obama's latest lies about gun owners) I feel certain that there is one gun control law that might have stopped the killings.

"If your family member has a known mental illness, do not give him guns for a Christmas gift!"

The search warrants and inventories of items seized during the investigation of the Sandy Hook Elementary School shooting last December have just been released this morning. As it is essentially “breaking news”, a thorough analysis has not been done. However, there are a few good articles out there listing some interesting facts. Check out these three:

• Finally some answers about the Sandy Hook school shooting 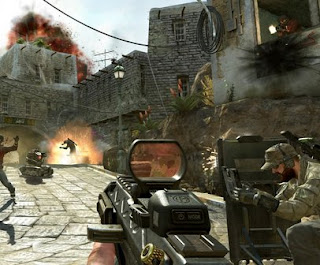 1) Active Shooters almost always carry more than one weapon and will be prepared to fight. The warrants revealed that the shooter was wearing a bullet proof vest. Did he expect the school kids to fight back? Nope. He was preparing for a confrontation with the cops...

2) His mother provided the funds for at least one of the weapons. According to the warrant, they found, "a holiday card containing a check made out to [Scumbag] for the purchase of a firearm, authored by his mother..." If your family member has a known mental illness, please do not give him guns for a Christmas gift!

3) Shooters will obsessively study past active shooting incidents in order to “improve their score”. They want infamy and a high body count. Warrants detail that they found clipped articles about past school shootings in [Scumbag]’s bedroom.

4) Shooters will create evidence detailing future plans. Investigators seized seven journals written by the shooter. Investigators wouldn’t have seized them unless they had relevance to the case. They likely contained his plans for the massacre. Be alert for such evidence. Don’t discount it or trivialize it if found. Report it to school authorities or police.

5) All of the shooting happened in a five-minute period. These things happen quickly! What is the response time for your local police department? In an urban area that is well staffed, it is likely to be 4-6 minutes before an officer will be on scene. You cannot expect the police to protect you. Statistically, the attack will be ending as police arrive. You are on your own!

The NRA was right all along. Only an armed teacher or security guard could have prevented Sandy Hook.

Mental illness and guns. Fewer people will seek help if it means their problem will be reported, guns confiscated and put on a government list.