The Top 30 Boxing Nicknames of All Times [Updated] 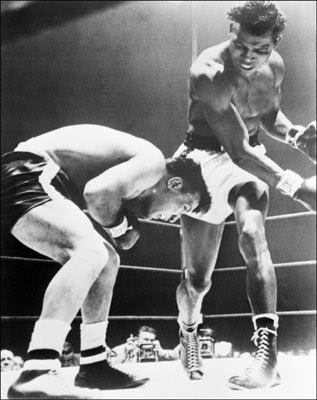 at 11:55 AM
Email ThisBlogThis!Share to TwitterShare to FacebookShare to Pinterest
Labels: Sports, Water-cooler

How about Chuck Wepner, the "Bayonne bleeder"?

@lagibby: I was thinking the same thing.

Of course, Obama tried to downplay that confrontation...
http://joekiddone.blogspot.com/2012/01/of-course-obama-would-downplay-his-self.html

Ruben "The Hurricane" Carter? Pedestrian boxer. Psychopath. Twice-convicted mass-murderer. Could have left him off the list as far as I'm concerned.

Who could forget Ron "The Bluffs Butcher" Stander?