That's a rhetorical question, of course. Politico, which has the unofficial tagline "Why read White House press releases when you can read us?", generally has no interest in exposing mendacity, duplicity and corruption if the letter "D" appears behind a politician's name. 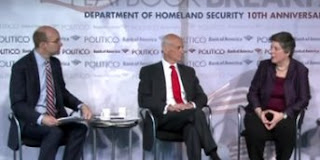 Napolitano ... addressed reports that DHS has released immigrant detainees from detention centers as a cost-saving mechanism due to budget uncertainties tied to last week’s sequestration and other looming budget fights. Napolitano said that “several hundred” detainees were released — not “thousands,” as news reports from last week had indicated...

...She stressed that those moved from detention centers were low-risk, and that the process would continue “for the foreseeable future... With sequestration looming and the end of the [continuing resolution] in a couple weeks, it’s like the perfect storm,” Napolitano said. “We really have to manage so many different things because we don’t have a budget.”

After weeks of denials, the Obama administration acknowledged Thursday that it had, in fact, released more than 2,000 illegal immigrants from immigration jails due to budget concerns during three weeks in February. Four of the most serious offenders have been put back in detention... 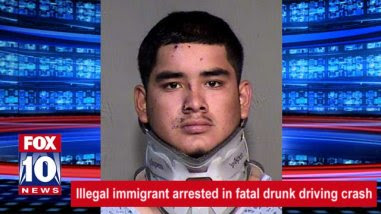 The administration had insisted that only a "few hundred" immigrants were released for budgetary reasons, challenging as inaccurate a March 1 report by The Associated Press that the agency had released more than 2,000 immigrants in February and planned to release more than 3,000 others this month. Intense criticism led to a temporary shutdown of the plan.

The director of U.S. Immigration and Customs Enforcement, John Morton, told a congressional panel Thursday that the agency had actually released 2,228 people from immigration jails over the course of three weeks, starting February 9, for what he described as "solely budgetary reasons." They included 10 people considered the highest level of offender.

Perhaps the headline of Mike Allen's follow-up article will be headlined "Janet Napolitano Lied and People Will Die."

And then again, maybe Barack Obama will embrace capitalism.

Mike Allen is a douche-but don't worry, Hugh Hewitt will have him on his radio show so he can explain his douchebaggery
MM