I suppose there aren't any local building codes in China, if these photos from China Hush are any indication. 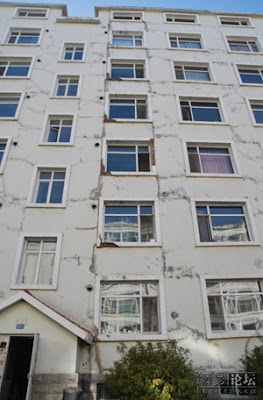 (Soybean Residue) – The residue of soybean milk after being filtered. A slang used to describe poorly constructed structures like buildings that are not up to the safety standards; usually constructed with shoddy materials. 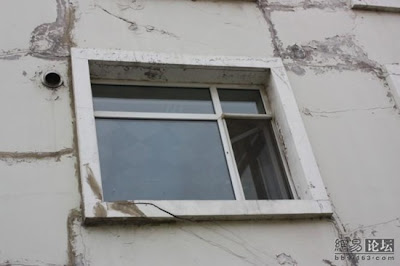 Another scary looking “Soybean Residue” building in Liaoning was exposed on Netease BBS. Here is the translation: 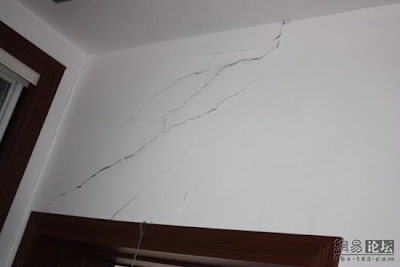 We are the resident[s] of Guangming Garden Building 4 Unit 6 in Suizhong town, Suizhong County. Our building was one of the buildings developed by the Suizhong County power supply bureau. 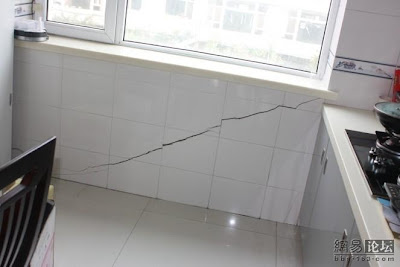 We moved in after the building was completed in 2003, not for long the basement was seriously flooded. Even though the property maintenance company already repaired it twice, but up till now it was flooded and unusable in the summer! 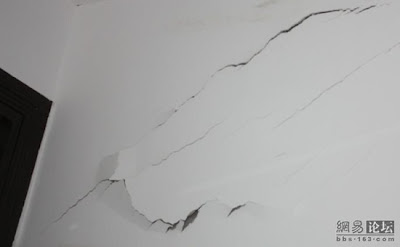 More seriously, in the second year after we moved in we noticed from the first floor to sixth floor, the bricks were falling off from the edge of the windows; The beams on top of the staircase and doors were broken; cracks started to appear on the ceilings and walls. 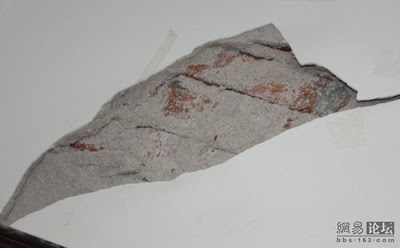 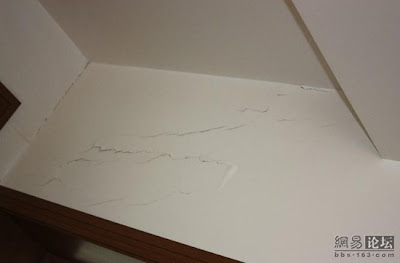 Shortest cracks were at least one meter long and 1 cm in width. 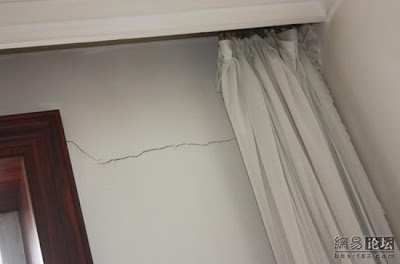 They were deep so you can see the cracked bricks inside. 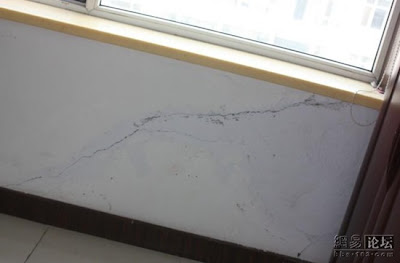 Every unit doors were bent out of shape, difficult to open and close. Recently the dangerous situation is gradually expanding. 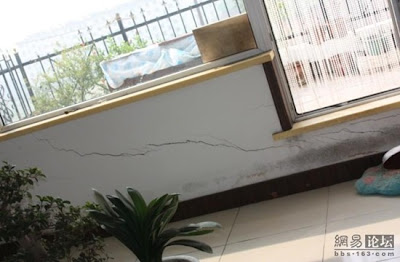 Above mentioned were hazards, 12 families and more than 40 people’s lives were in danger every day. 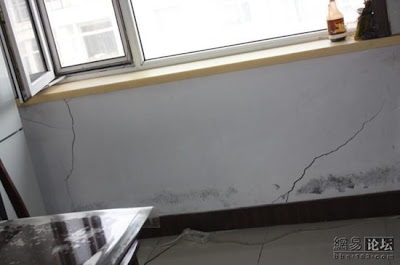 In any moment the build[ing] could just collapse. 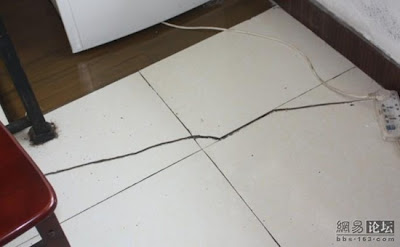 I on behalf of the residents went to the Suizhong Power Supply Bureau and Urban Construction Bureau to submit our petitions. However the results were various departments knowing the issues but pointed fingers to each other, no one stepped up to do anything. In the end, I reluctantly went to the county government. After several twists and turns, the county finally agreed to see us, but only limited to 5 minutes. After listened to our situation, supposedly the county government were to direct the urban construction bureau to resolve the issues. But more than two months had passed and nothing was done. When we asked the county again, the response from the county government was “we are in the process of contacting the relevant department”, asking us to wait longer. 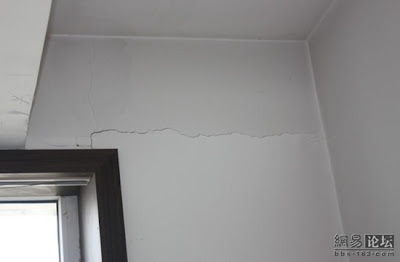 We were left with no choice and thought about the Internet. Netizens please support our 12 families and over 40 people, wake up those government officials, to solve our real problems!

I blame Bush. And global warming.

at 8:10 PM
Email ThisBlogThis!Share to TwitterShare to FacebookShare to Pinterest
Labels: Engineering, World