In 2001, Nobel Prize Winner in Economics Milton Friedman penned "How to Cure Health Care". Given the United States' budget deficits, its current economic malaise and an impending entitlement catastrophe, one would hope that Congress would strongly consider Friedman's insights for its health care agenda.

Of course, with the current crop of Democrat Statists in power, you'd be wrong.

Friedman's prescription was elegant in its simplicity. It leveraged free markets and the power of individual decision-making. And it provided a road map for addressing the Medicare train-wreck. 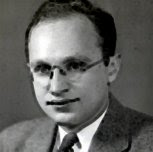 [Repair the broken entitlement programs] ...end both Medicare and Medicaid, at least for new entrants, and replace them by [offering] every family in the United States ...catastrophic insurance (i.e., a major medical policy with a high deductible). [Deregulate insurance so that consumers can shop for a la carte coverage across State lines] ...remove the restrictive regulations that are now imposed on medical insurance—hard to justify with universal catastrophic insurance.

[Increase the use of Health Savings Accounts] ...Medical savings accounts offer one way to resolve the growing financial and administrative problems of Medicare and Medicaid. It seems clear from private experience that a program along these lines would be less expensive and bureaucratic than the current system and more satisfactory to the participants. In effect, it would be a way to voucherize Medicare and Medicaid. It would enable participants to spend their own money on themselves for routine medical care and medical problems, rather than having to go through HMOs and insurance companies, while at the same time providing protection against medical catastrophes. 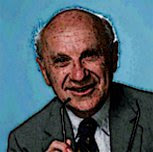 The current bills working their way through Congress are diametrically opposed to Friedman's counsel.

The Democrats' intent is obvious to any student of history: they concern themselves with increasing the power of a centralized, authoritarian government. And they repay their constituencies including the union shock troops of Socialism and the trial lawyers.

A federal authority will control not just your financial future, but your physical well-being. In doing so, it will have the ultimate power over the people.

We do need catastrophic insurance... if only to protect us from the impending disaster that will be the Democrats' authoritarian health care.