What to do when they're expecting (a decision on the troops) 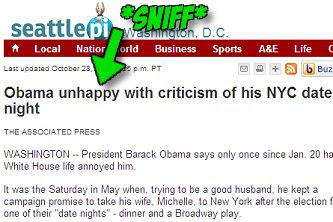 • Complain to The New York Times about all the attention and criticism paid to your "date night" on Broadway.

• Collect a Nobel Peace Prize for actions and accomplishments unknown.

• Fly to Copenhagen to lobby for the Olympics which, by the way, worked as well as the Stimulus package.

• Play 24 rounds of golf; by comparison President George W. Bush, mocked mercilessly by the media for the same 'offense', played a third as much golf as 0. 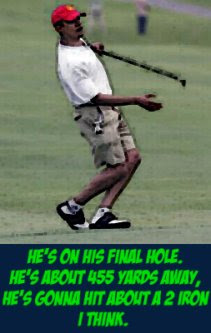 • Attend 23 fundraisers in nine months; by comparison, W. attended 6 fundraisers during his first year in office.

• Given thirty-plus speeches pressing for socialized medicine... and I think that's understating things.

Very, very important things to do. Much more important than making a decision regarding our men and women in combat.