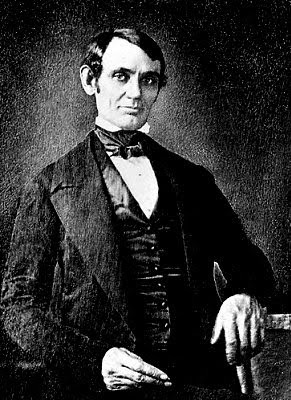 Let me be precise here: Fox News peddles a fair amount of hateful crap. Some of it borders on sedition. Much of it is flat out untrue...

...[the] problem is that stories [are] bloated far beyond their actual importance--ACORN's corruption, Van Jones's radical past--are in danger of leaching out of the Fox hothouse into the general media...

If the problem is broader--that Fox News spreads seditious lies to its demographic sliver of an audience--the Administration should probably be stoic: the wingnuts will always be with us. The best antidote to their garbage is elegant, intelligent governance. [Ed: cue the rimshot]...

...The next-best antidote is occasional engagement: I thought Obama came away from his O'Reilly and Chris Wallace interviews much the better for it...

(Though you don't want to sit down with a thug like Hannity or a weirdo like Beck.)

How is it that Joe Klein hasn't made it big in middle America? 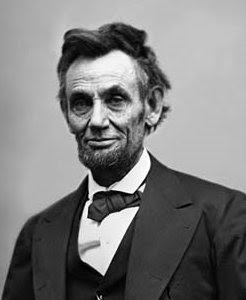 On May 18, 1864 Abraham Lincoln issued an executive order to arrest some of the journalists and editors of two New York publications that printed and published what they knew to be a forged Presidential proclamation calling for 400,000 more troops and a new draft. It was an act of treason to raise up resistance to the Union during a time of war. The act warranted imprisonment.

Again, Lincoln’s situation and Obama’s attack of Fox News should not be mentioned together. The two situations don’t even vaguely have any points of comparison... And Sanchez does it to help excuse Obama for his poor behavior.

Dissent used to be patriotic. Remember this 2004 missive published in The Nation?

If there was any lingering doubt that this President rules by sowing division and fear it has been put to rest in these last weeks. As Dana Milbank's chilling front-page story in last Friday's Washington Post details, Bush and leading Republicans dare to argue that a vote for John Kerry is a vote for Al Qaeda.

...These are Republicans who breed a culture of fundamentalism and intolerance, who betray the guiding and founding values of America. If a truly great Republican--Theodore Roosevelt--were among us today, he would expose the despicable politics of these fifth-rate offspring of the Grand Old Party and tell them--as he told the nation in 1918:

"To announce that there must be no criticism of the president, or that we are to stand by the president right or wrong, is not only unpatriotic, but is morally treasonable to the American public."

Dissent is patriotic...? I love the smell of hypocrisy in the morning.