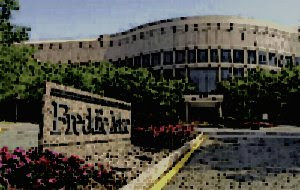 ...In September, Freddie Mac's loan defaults set an annualized record, after hitting a stunning 7.3%. Even worse, the rate of decline among single-family loans increased substantially month over month, from 3.13% in August to 3.33% in September, (and 1.22% in the prior year, just after the GSE's ended up being nationalized: a 270% increase [year-over-year]). The rate of defaults has now climbed for 28 straight months.

Scariest is that even as the Fed itself is now a key mortgage lender thanks to $1.45 trillion in QE, Freddie's holdings actually expanded by $4.8 billion to $784.2 billion in September, after four months of declines.

Without the bankrupt GSEs and the increasingly more bankrupt Federal Reserve (which, yes, does have a few Heidelbergs stashed away in the basement so it can delay the day of reckoning for a few years), there would be absolutely no interest for anything even closely related to housing. So this is what a housing recovery is supposed to look like...

Not to worry: that pathetic rube -- the taxpayer -- is on the hook.

So just vote Democrat and shut up.