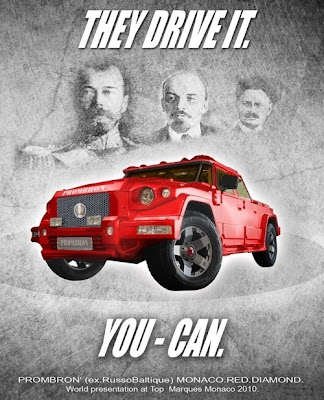 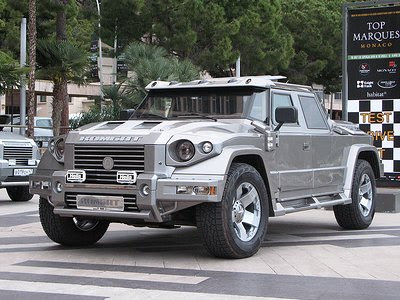 Equipped with an 850 horsepower engine, it can reportedly hit a top speed of 240 km/per hour (150 mph). A Maybach-designed interior includes waterproof seats made of, uhm, whale penis. 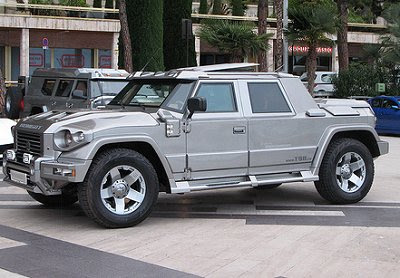 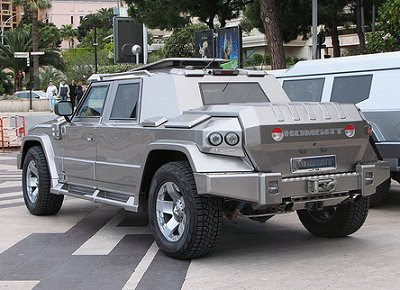 Twin, auto-open gas tanks can be filled from either side of the vehicle. 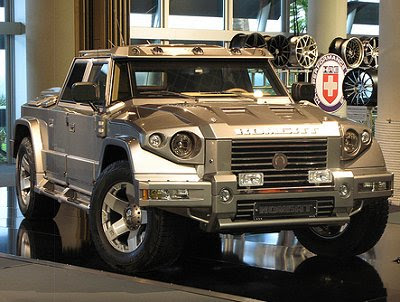 Jameslist lists one, nearly new 2009 model for sale (price on request). Let me know if you buy one: I'll feature a road test in a post.