Credit Markets: Are The Alarm Claxons Going Off?

Karl Denninger points to some ominous signs in the credit markets. With the disclaimer that the data is certainly inconclusive, Denninger allows us to hear the sound of distant thunder. 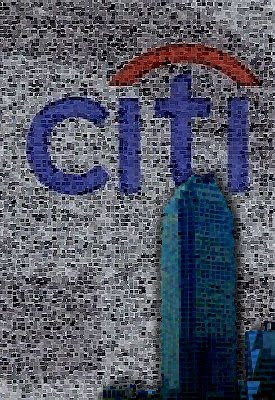 • JP Morgan's "cash position" was analyzed by a writer who... showed that actual cash held has deteriorated radically. By more than half in the last year. The deterioration is continuing, not slowing.

• I am hearing repeated anecdotes from multiple areas that foreclosed property held by banks with multiple full-price offers that include a financing requirement are being sold instead to people with actual cash at radical reductions from that price. This implies that these financing contingencies are regarded as not only potentially no good but factually no good, as if the banks know for a fact that the credit pipeline will (not might), within weeks or months (in the time required to close), disappear. There is no other rational explanation for this behavior.

• Citibank's credit-card terms change implies a willingness to accept and even provoke a complete and intentional destruction of their credit card business as a very high probability outcome, given that nobody in their right mind will accept a 30% interest rate who has an alternative. The obvious implication is that only those who can't transfer balances out will remain and if your credit is that impaired there's a good chance you will default - either intentionally or otherwise. This too implies foreknowledge of a near-complete impending freeze in the credit markets.

• The change in terms on credit accounts is NOT confined to Citibank. I have received a fax from a customer of Infibank with substantially identical terms, in which both the standard and penalty rate was adjusted to 29.99%. This strongly implies that whatever Citibank smells the problem is not confined to them.

• Both of these credit card "adjustment" letters are of course marginal rate changes. That is, they are both based off the PRIME rate. The importance of that is missed by many. Don't be one of them (more on that below.)

• I recently received a back channel communication indicating that The Fed is aware that this has been and still is a solvency problem and has so briefed certain members of Congress. This from a source believed reliable, but which cannot be independently confirmed.

...Note that the indications above are far stronger than what we saw going into last fall before the wheels came off. As a consequence if these actions are those of people with real knowledge (and this is not a guess on their part) I would expect the outcome to be worse than what we saw last fall in terms of economic impact...

Denninger isn't the only one.

American Banking News adds another data point in a separate line of business for Citi: branded gas and retail cards. 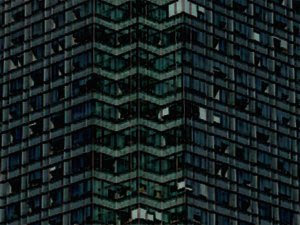 Citibank (NYSE: C) recently cancelled hundreds of co-branded MasterCard accounts, primarily cards associated with gas-stations, without notifying their customers. ...Shannon Burdette, a Shell Mastercard [user]... found her credit card was rejected when she tried to refuel her vehicle. After calling the customer service number on the card, she was informed that her account had been closed because of a negative item on her credit report. In the AP’s interview with Burdette, she said “the only negative thing she saw was “closed at credit grantor’s request” on her Shell MasterCard account.

Burdette isn’t the only customer that’s been affected by Citibank’s unannounced account closures. Consumers across the country have reported similar experience and made postings on various consumer websites... Citibank has confirmed some of the essentials of the story. The bank’s statement said that they had “decided to close a limited number of oil partner co-branded MasterCard accounts.”

Consider: there has been an almost inexplicable spike in the stock market on extremely low volume, which many attribute to program trading.

Likewise, the dollar has declined as precipitously as the equity markets have risen.

A correction isn't inevitable, but it seems increasingly likely if the credit markets lock up again.