The Perfect Guys to Run Health Care: Bernard Madoff Says the SEC Never Even Suspected He Was Running a Ponzi Scheme


Aren't gigantic, politically-influenced bureaucracies great? Your Honor, I would like to enter Exhibit A into evidence:

Madoff: SEC Never Thought It Was a Ponzi Scheme 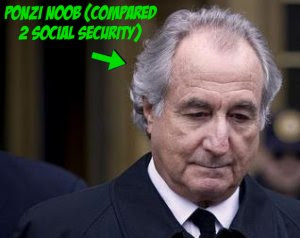 Bernard Madoff was apparently convinced that it never even occurred to Securities and Exchange Commission staff he was running a Ponzi scheme, despite the agency's numerous probes of his business... Madoff says he had the impression that "it never entered the SEC's mind that it was a Ponzi scheme."

Madoff confided that he didn't bring an attorney with him when he testified in an inquiry by the SEC's enforcement division because he believed he didn't need one — and he was trying to fool the government investigators into thinking he had nothing to hide.

...Kotz's report of his investigation, made public in early September, painstakingly detailed how the agency's investigations of Madoff were bungled, with disputes among inspection staffers over the findings, lack of communication among SEC offices in various cities and repeated failures to act on credible complaints from outsiders forming a sea of red flags...

Oh, this government-run health care is going to be great!