Can You Say "So Long Suckers" In Pashto? 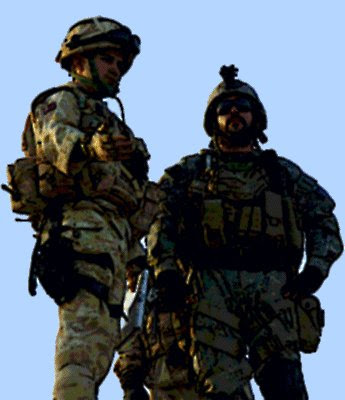 The White House has said that it will take no decision on sending more troops to Afghanistan until it determines the new government is a "true partner".

Speaking to CNN, White House Chief of Staff Rahm Emanuel said the US would want first to be sure that the government was capable of becoming a "true partner" able to govern the country.

"It would be reckless to make a decision on US troop level if, in fact, you haven't done a thorough analysis of whether, in fact, there's an Afghan partner ready to fill that space that the US troops would create and become a true partner in governing the Afghan country," he said.
###

Let's say you're a Special Ops Marine "tasked" to take out a nest of Taliban holed up in some damn cave in the middle of the world's most forbidding terrain and you get wind of that little ballerina's CNN interview. That's going to pump up your gung-ho, isn't it? Helloo, BHO! You're supposed to make fools of your enemy... not your own troops.

Exit question: Which US general do you reckon is going to quit first?

A couple of days ago, I sarcastically twittered:

I underestimated this administration's ability for self-beclownment.