Bruce Judson, a Senior Faculty Fellow at the Yale School of Management, was on NPR recently discussing his new book "It Could Happen Here," which, though non-fiction, starts with a fictional description of a frustrated nuclear power workers who threatens the country with a dirty bomb.

What was remarkable (and chilling) was the call he received while doing the segment [Click through for audio]:

TOM ASHBROOK: Certainly inequality’s a big issue. Let me get a call right here from New London, Connecticut. And 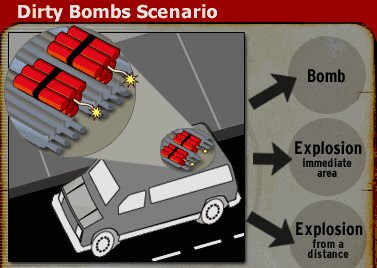 CALLER: I think you should be listening to this guy, Judson. I’m an unemployed nuclear engineer. I’ve worked on 13 nuclear power plants. Making a dirty bomb is not a big deal. I’m not going to go out and tell everybody now to do it, but I’m just saying things like that can happen. And it sounds like you’re just being dismissive of all his ideas and what he’s saying. Because there’s a lot of anger out here, and there are a lot of people who feel that the American Dream is slipping away from them, they don’t have a chance. And the only entrepreneurial opportunity for them is to sell drugs and to be an outlaw. It’s happening.

TOM ASHBROOK: [OVERLAPPING] I hear you, [PH] Don. We’ve got Bruce on for an hour. So, I can’t say we’re not listening to him. But let me ask you, you’ve got a lot of expertise in your field, nuclear engineering. But does that mean you’re unhappy if you’re unemployed? Do you really feel like the country’s ready to revolt?

TOM ASHBROOK: Up against it. And with an education, a particular education. Don, thank you for your call.

But I thought the media said there was an "Obama recovery"?

Say, I hope none of the Militant Quakers listen to NPR.

at 9:27 PM
Email ThisBlogThis!Share to TwitterShare to FacebookShare to Pinterest
Labels: extremism, War