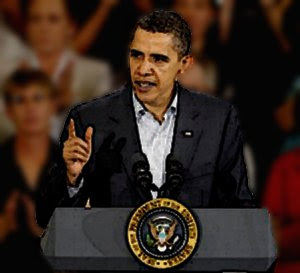 There has been plenty of speculation over the last week regarding a White House "Enemies List". But Barack Obama doesn't need enemies.

He requires scapegoats to advance his agenda. To distract public attention from the real goings-on in Washington. To deflect criticism from his supporters on the Left.

And Barack Obama never fails to manufacture scapegoats -- obstructionists who willfully oppose his policies -- whether they exist or not. Consider the straw-men that he marshals in speech after speech after speech, never referencing individuals or direct quotes. Instead --- using divisive agitation -- the masterful community organizer creates rhetorical enemies from whole cloth.

On Opposition to Statism (9-21-2009): "...Now, after so many years of failing to act, there are those who suggest that nothing government can do will make a difference..."

On Health Care Reform (9-9-2009): "...On the right, there are those who argue that we should end employer-based systems and leave individuals to buy health insurance on their own..."

On Fox News (7-23-2009): "...there are those who like to report on the back and forth in Washington, but, you know, my only concern is the people who sent us to Washington: the families feeling the pain of this recession; the folks I've met across this country who have lost jobs and savings and health insurance..."

On Citizens Who Oppose Socialized Medicine (7-23-2009): "...we have never been closer to achieving quality, affordable health care for all Americans. But at the same time, there are those who would seek to delay and defeat reform..."

On Doctors Who Oppose Socialized Medicine (6-19-2009): "...We know the moment is right for health care reform. We know this is an historic opportunity we've never seen before and may not see again. But we also know that there are those who will try and scuttle this opportunity no matter what – who will use the same scare tactics and fear-mongering that's worked in the past. They'll give dire warnings about socialized medicine and government takeovers; long lines and rationed care; decisions made by bureaucrats and not doctors..." 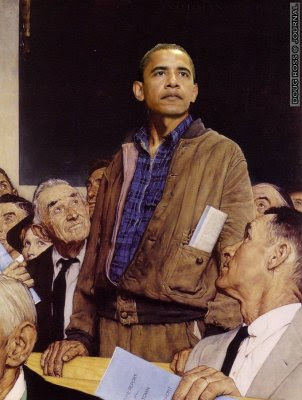 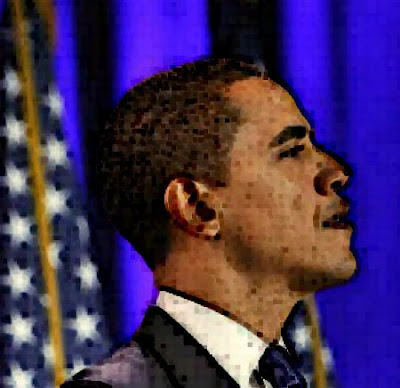 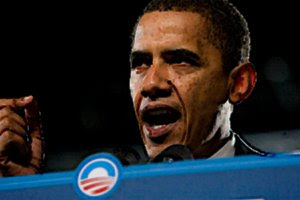 
I'll be candid. I'm sick of his use of Alinsky's tactics: always dividing, always creating straw-men, always creating scapegoats. Never once appreciating the wonder of individualism, of liberty, of our founders, of American history. It is time to turn back the drones and stop the march to authoritarianism and a government by, for and of central planners.