Sure, Why Not? Congress "Calls for Accelerated Use of Drones in U.S."

I don't see how anything could possibly go wrong with this. 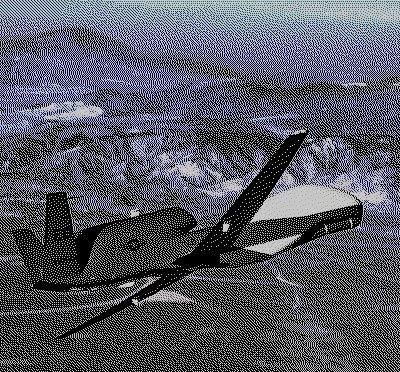 A House-Senate conference report this week called on the Administration to accelerate the use of civilian unmanned aerial systems (UAS), or “drones,” in U.S. airspace.

The pending authorization bill for the Federal Aviation Administration directs the Secretary of Transporation to develop within nine months “a comprehensive plan to safely accelerate the integration of civil unmanned aircraft systems into the national airspace system.”

...[It also calls for tests] in cooperation with NASA and the Department of Defense, expanded use of UAS in the Arctic region, development of guidance for the operation of public unmanned aircraft systems, and new safety research to assess the risk of “catastrophic failure of the unmanned aircraft that would endanger other aircraft in the national airspace system.”

The Department of Defense is pursuing its own domestic UAS activities for training purposes and “domestic operations,” according to a 2007 DoD-FAA memorandum of agreement. (“Army Foresees Expanded Use of Drones in U.S. Airspace,” Secrecy News, January 19, 2012.)

Because drones are necessary to ensure citizens are driving the right electric cars, using the right light bulbs and bathing with legal shower heads.

The circle of liberty grows ever smaller around us, my friends.

As Nanny Pelosi would say, "but it's for the children!"

And drones are used in hostile areas that a manned fighter might get shot at. This is as insane as police depts owning belt fed machine guns. Who do the govt think they are fighting against? What kind of riot senario do they anticipate here? This will all end in tears I fear.

With anadministration creating 'false flags' ofcourse they need to monitor us.

The government is getting ready to jump ugly all over the American people.

Plan your life around that happy fact. God help us.

and the Anarcho-Tyranny of the Left and the Elites continues unabated.

they stomp on Citizens, while letting Illegal Invaders roam free committing murders, rapes, driving drunk, killing our sons and daughters while they try to go to school or work.

we Citizens need to shove this sickening Anarcho-Tyranny down their F'g throats, this November 2012.

This is typical of this administration,Obama and his czars are scared to death that we will wake up and decide to get rid of them ,which to me should be done now ,take over their toys and turn them loose on them before they have the chance to use them on us

You people are worrying too much. They Government is here to protect us not the other way around. I know a ton of people in military, law enforcement agencies, and even high up gov. too. they are here to benefit us and to ensure our liberties.