Oh, my: what could possibly go wrong with this?

Amazon.com just added a new board member: Jamie S. Gorelick, a veteran of the U.S. government and no stranger to controversy. The company announced the appointment in an SEC filing a short time ago. Gorelick, a litigator at the law firm WilmerHale, was a long-running U.S. Deputy Attorney General who... blah, blah, blah...

Gorelick is best-known for her leading roles in two epic, trillion-dollar catastrophes, which earned her the nomme de guerre "The Mistress of Disaster". 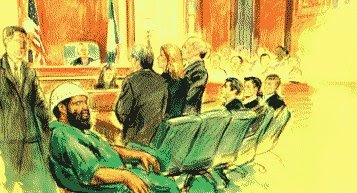 • In 2004, observers were "astonished" to discover that a key member of the 9/11 Commission had a fatal conflict-of-interest. Jamie Gorelick had served as a Deputy Attorney General under Bill Clinton from 1994 to 1997. It was later revealed that Gorelick had established a pre-Patriot Act "wall" that prevented the foreign intelligence and criminal investigative communities from collaborating. Gorelick's wall "specifically impeded the investigation into Zacarias Moussaoui", the so-called "20th hijacker."

• Where did she turn up after that delightful stint in Justice? Though she had no training or experience in finance, Gorelick was appointed the Vice Chairman of Fannie Mae and served in the role from 1997 to 2003. During that six-year period, she earned over $26 million. During Gorelick's tenure, FNMA suffered a $10 billion accounting scandal, an ominous harbinger of the firm's looming troubles. FNMA's 2008 collapse, of course, helped touch off the mortgage meltdown.

It's not often that one person plays key roles in two -- count 'em, two -- trillion-dollar disasters. Welcome, my friends, to the world of well-connected Democrat Jamie Gorelick.

Why would Amazon, or any profitable business for that matter, hire this woman? The only conclusion I can make is that Amazon has tired of being profitable and is positioning itself for a government bailout.

It's kind of like an American his citizenship so he can go the Mexico, cross back over the border and become an illegal immigrant, in order to receive all the goodies the government hands out.

Actually, that makes a lot of sense.

Just sent this to Amazon Customer Service (and when I say I am a GOOD customer, I mean $$$):

I am appalled that you have placed Jamie Gorelick on your Board of Directors.

The amount of damage that this woman has done to the United States is incalculable. Based on her complete incompetence in every single position she has held, one can only assume that this is some sort of cynical political payback.

I have been a long-time, loyal Amazon customer and Amazon Prime member. No more. I will NOT renew my Prime membership when it expires.

Appointing Jamie Gorelick to Amazon's Board of Directors has completely dissolved all the good faith I've had in Amazon as a corporation. How deeply disappointing.

Holy cow. I recognized the name right off. What on earth, people!

It tracks somewhat with Bezos persona - he's a control freak... but a COMPETENT one. Gorelick is like the frickin' plague. Oy!