OH, IT'S ON: Open Warfare Breaks Out Between the White House and the Clinton Clan

How else can one describe the escalating rhetoric bouncing between the State Department and the White House, each volley intended to duck blame for the Benghazi terror attack? 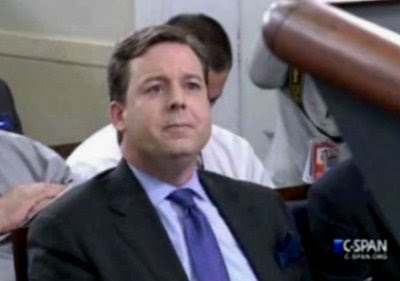 The White House is throwing Hillary Clinton under the 2012 election bus... Top officials have already claimed the nation’s intelligence agencies did not alert the White House to the growing danger facing the State Department’s facility in Benghazi, Libya, which was destroyed Sept. 11 by a jihadi attack on the 11th anniversary of the atrocities in New York, Washington and Pennsylvania.

...“These kinds of issues are handling in the State Department by security officials,” White House spokesman Jay Carney said during Friday’s press briefing... Security matters “are decided at the State Department,” he said, amid tough questioning from Fox News Channel’s Ed Henry.

The White House’s statements leaves Hillary Clinton on the hook, because she runs the Department of State.

How are Bill and Hillary dealing with this sellout? Not well, according to bestselling author Ed Klein. 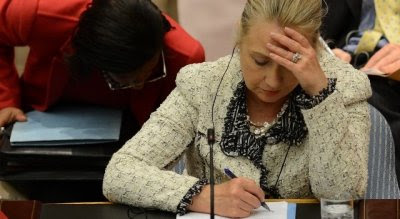 With tensions between President Obama and the Clintons at a new high, former President Bill Clinton is moving fast to develop a contingency plan for how his wife, Secretary of State Hillary Clinton, should react if Obama attempts to tie the Benghazi fiasco around her neck, according to author Ed Klein...

...sources close to the Clintons tell him that Bill Clinton has assembled an informal legal team to discuss how the Secretary of State should deal with the issue of being blamed for not preventing the Benghazi terrorist attack last month.

White House spokesman Jay Carney told reporters during a press conference Friday that responsibility for the consulate in Libya fell on the State Department, not the White House...

If blame for the security failures falls to Hillary Clinton, Klein said, it’s possible that she would even consider resigning over the issue...

That thumping noise you heard was Hillary Clinton going under the bus.

You hear the popping noise that sounds like a toaster? That is the sound of Team Obama being popped out of the toaster. The Clintoons are going to unleash holy hell on them.

I hope they both go down in flames and that they take that W.C. Field-nosed, impeached former president with them.

I see nothing in the article that suggests any sort of "war"/retaliation by Hillary. AS MUCH AS I WOULD *LIKE* HER TO take down Obama's political career, I am not holding my breath.

I don’t see how The Hillary can escape this one. Embassy security is a State Department function. Either The Hillary authorized increased security and Obama overrode her decision or she refused the authorization in the first place.

Resigning now just places the whole mess on her shoulders.

So the question is, why didn't they know? If Billary withheld the info. then Obama should fire her and if not, was he taking his intelligence briefs are ignoring them as he has been. How about Biden, what kind of brief does he get or does he ignore it too?
This doesn't pass the smell test but Billary might as well forget 2016 and Clinton is a fool for campaigning for Obama!!

I'm not defending Clinton, but if obama had attended his meetings he would have known something was up...or maybe not!