Who is the real Barack Obama? Thanks to a tape -- long concealed by old media, it would appear -- I think we can now say with certainty. He is a divisive, hard-left ideologue who is living in the sixties.

In a video obtained exclusively by The Daily Caller, then-presidential candidate Barack Obama tells an audience of black ministers, including the Rev. Jeremiah Wright, that the U.S. government shortchanged Hurricane Katrina victims because of racism. 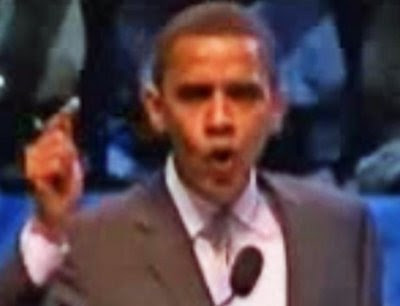 “The people down in New Orleans they don’t care about as much!” Obama shouts in the video, which was shot in June of 2007 at Hampton University in Virginia. By contrast, survivors of Sept. 11 and Hurricane Andrew received generous amounts of aid, Obama explains. The reason? Unlike residents of majority-black New Orleans, the federal government considers those victims “part of the American family.”

The racially charged and at times angry speech undermines Obama’s carefully-crafted image as a leader eager to build bridges between ethnic groups. For nearly 40 minutes, using an accent he almost never adopts in public, Obama describes a racist, zero-sum society, in which the white majority profits by exploiting black America. The mostly black audience shouts in agreement. The effect is closer to an Al Sharpton rally than a conventional campaign event.

I will say one thing for him: if there's a way to divide people, whether by income, race, religion, gender, ethnicity, industry, or anything else you can care to name, Obama will find it.

The federal government gave New Orleans more than $114 billion in aid. So he's lying as well as being racist.

Some of this video getting out through the "new media" might change the minds of "mushy middle" independents. It would be like: "THIS is the person we voted in?"

There's a stick in your eye America. You voted for a disfunctional lunatic and his whacked out Choom Gang. Look at the freaks that surround him and do the right thing in November, send him packing as America's President Unelect.

I watched Juan Williams on Hannity tonight, in the hopes that perhaps I could at least see some reason why he would defend Obama (I rightfully assumed he would). But there was nothing that Williams could defend. And yet there he was defending it.

But I've said this all along: We've known all along who Barack Obama is/was. It isn't so much that he now needs to be vetted and found out. Instead, the problem is so many Americans agree with him and believe what the non-Fox media tell them.