Great idea. And at the end, I have an additional and complementary suggestion.

“If politicians want universal background checks, we should start with them,” said Alan Gottlieb, chairman of the Citizens Committee for the Right to Keep and Bear Arms. 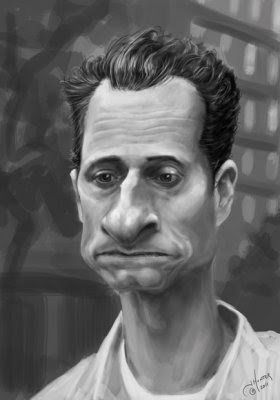 He pointed to recent political scandals in the New York Legislature, which just passed a new restrictive gun control law, where a state senator and state assemblyman were arrested last week, as “one small example.”

“But look at politics in recent years... From state and federal scandals, to arrests involving several members of Mayors Against Illegal Guns, we have had example after embarrassing example of public officials being charged with violating various laws. Does anyone think former Congressman Anthony Weiner, who had to quit his post over a lewd e-mail scandal, should clear a mental health screening to buy a gun?

“If you compare percentages,” he continued, “the rate of criminal activity by politicians is probably far higher than the rate of crimes committed by the general public.

“What this underscores,” he said, “is the reason gun laws don’t work and never will. People who make the laws we have to live under break them anyway, just like criminals routinely disobey gun laws. Based on their own experience, politicians should know that the gun laws they pass will not prevent crime.”

Gottlieb pointed to crooks like former Louisiana Congressman Bill Jefferson, sent to prison after authorities found $90,000 in his freezer during an investigation. He cited former Detroit Mayor Kwame Kilpatrick, now in prison for racketeering and extortion.

“It is both sad and disgraceful that the list goes on and on,” Gottlieb said. “There are politicians with domestic violence problems, others who accepted bribes, some who stole money or were involved in other criminal acts... No wonder citizens are disgusted with politicians and don’t trust them,” he concluded, adding tongue-in-cheek, “And these people want to know why there’s a run on guns and ammunition?”

Further, every member of Congress, every member of the Cabinet and the President him- or herself should be required to attain a Top Secret security clearance, with a CI poly*, as a minimum condition of eligibility for office.

I surmise that, had this condition been in place, a very large percentage of the Democrats currently serving in office would be operating in the private sector. Or teaching. But mostly teaching.


* Counter-intelligence polygraph, used to establish that the subject is not operating against the interests of the United States government.

Where do I sign up to help with this "Great Idea"?