PAT TOOMEY THINKS YOU'RE STUPID: Avoids being photographed with Schumer to hide his betrayal of his constituents and the Constitution

The Senator from Pennsylvania, swept into office by Constitutional conservatives and Tea Party activists, has executed the consummate betrayal:

...the Toomey-Manchin-Schumer sell-out [is] worse than the Feinstein gun ban, which will reportedly be tied to it and offered simultaneously in a Senate procedure known as an “amendment tree.” 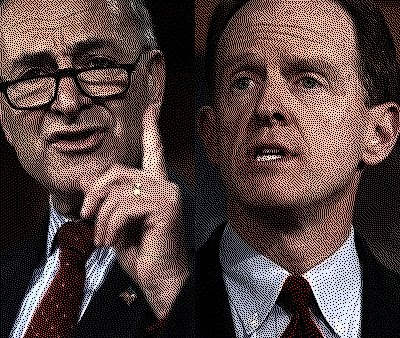 Toomey and Manchin will claim that their bill only covers “gun show sales” and Internet sales. But if you’ve ever talked about your gun and /or let it be known you’d like to sell or buy a gun on the Internet, this language covers you. If you advertise your gun in the church bulletin and the bulletin is put on the Internet, you’re covered.

The only exemption is for sales that are sold exclusively by word of mouth. The increased number of background checks would likely exacerbate the system breakdowns (inherent to NICS) which have shut down gun shows over and over again. It would mean that Americans who were illegally denied firearms because their names were similar to other people's would effectively be barred from owning a gun. (We would never tolerate such delays for voting rights or other freedoms that we are guaranteed.)

And for those Republicans who think they’re going to be able to offer their useless amendments, guess what? Reid is reportedly going to use a procedure to block out all amendments (called an “amendment tree”). And there are plenty of Senators standing in line to make sure that the Senate doesn’t give “unanimous consent” to let those Republicans offer their amendments.

So if you live in a rural area, you’re effectively barred from selling or buying a gun... [and the] Toomey-Manchin-Schumer “national registry” language is full of holes. There will be a national gun registry as a result of this sell-out.

Toomey is helping the Marxist Left set the stage for universal gun registration and, ultimately, confiscation.

Illustrating just how deceptive Toomey has had to become on this issue, Roll Call is reporting that the Republican Senator from Pennsylvania refused to be photographed with Schumer at the gun deal press conference -- as if that would fool his constituents somehow. 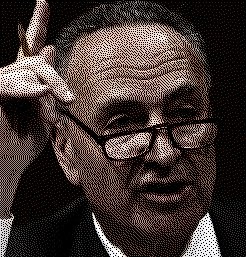 Four senators may have signed on to a gun background check deal Wednesday, but only two showed up for the news conference — in part because Pennsylvania GOP Sen. Patrick J. Toomey’s public support for the bill hinged on not having to stand next to Democratic Sen. Charles E. Schumer of New York.

The background check bill, which would close the gun show loophole and expand checks to online sales, is officially co-sponsored by Schumer; Toomey; Joe Manchin III, D-W.Va.; and Mark S. Kirk, R-Ill. But only Toomey and Manchin appeared before the cameras. Toomey, the former Club for Growth president, had told Manchin he would not speak at the news conference if he had to get on stage with Schumer, according to two sources familiar with the talks. Schumer obliged, and Kirk also agreed not to appear in order to provide cover to Schumer.

In other words, Pat Toomey thinks you're an idiot. That because he avoided appearing in a photograph with Schumer that he can somehow divorce himself from the bill he co-sponsored with the very same loathsome, Leftist hack.

Call Toomey now at 202-224-3121. Tell him that the Bill of Rights isn't up for a vote. Be polite, but firm: infringing upon the Second Amendment is a violation of his oath of office.

Toomey, Schumer's stink is all over you now. Manchin lied to West Virginians about how he'd serve as a conservative. Now you've climbed into bed with one of America's most ardent liberals. What's that smell around you now? Schumer, sight unseen.