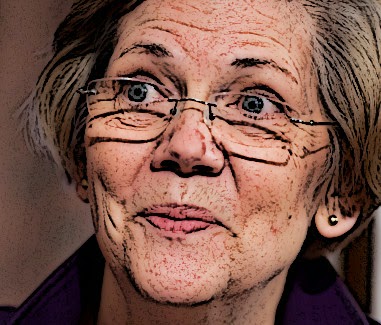 There’s been a big gap between how Democrats have described America’s economic problems and the scope of the solutions they’ve offered. Recall President Obama’s late 2013 speech where he declared the “dangerous and growing inequality and lack of upward mobility that has jeopardized middle-class America’s basic bargain” to be the “defining challenge” of our time. Strong stuff.

But what have been the subsequent policy prescriptions? Relatively small stuff, like raising the minimum wage. You can debate whether it’s a good idea or not, but only 3% of workers age 25 and over earn the minimum wage or less. Raising it to nearly $10 would raise incomes of only 11% of workers who live in poor households. Or take the “free” community college proposal. Attendance is already essentially free for many students. What’s more, research on student outcomes suggest, notes AEI’s Andrew Kelly, that “pushing tuition to zero may not be a silver-bullet solution to lackluster student success.”

Party progressives, such as Elizabeth Warren, have pushed for bolder policies. And a new proposal by Rep. Chris Van Hollen — the ranking minority member on the House Budget Committee not some radical back bencher — certainly qualifies. This from ace Washington Post reporter Lori Montgomery:

The centerpiece of the proposal, set to be unveiled Monday by Rep. Chris Van Hollen (D-Md.), is a “paycheck bonus credit” that would shave $2,000 a year off the tax bills of couples earning less than $200,000. Other provisions would nearly triple the tax credit for child care and reward people who save at least $500 a year. The windfall — about $1.2 trillion over a decade — would come directly from the pockets of Wall Street “high rollers” through a new fee on financial transactions, and from the top 1 percent of earners, who would lose billions of dollars in lucrative tax breaks. The plan also would use the tax code to prod employers to boost wages, which have been stagnant for four decades despite gains in productivity and profits. … To spur employers to increase pay, the plan would target corporations, prohibiting companies from deducting executive performance bonuses in excess of $1 million, a benefit worth $66 billion from 2007 to 2010. To claim the deduction, companies would have to demonstrate that workers had shared in the company’s good fortunes by increasing wages about 4 percent, on par with inflation and productivity growth.

Bold, even breathtaking. A WaPo headline writer gets it correct with this summary: “Democrats take a sharp left on the economy.” It represents the most concrete effort by Democrats to apply their novel theory of “middle-out economics” to policymaking. The theory posits that long-term economic growth is driven by middle-class consumer spending rather than investment, whether in physical capital, human capital, or ideas. But that has it backwards, of course. Long-term economic growth, as economist Casey Mulligan has noted, “begins with investment and ends with consumer spending.” Yet, as the WaPo story makes clear, Democrats are trying hard to redefine in the public mind how economies grow:

In an election postmortem, Democratic firms SKDKnickerbocker and the Benenson Strategy Group found that the party’s message had been off target, even for much of the base. Although the economy is growing and the jobless rate has fallen, most voters still don’t feel it. Sixty percent of moderates and 62 percent of independents said they would favor “a candidate who emphasizes growth” over one who wants to “improve the economy through economic fairness.” More than 70 percent of Republicans favored a “growth” message, and Democrats split 50-50 on the question.

Many Democratic lawmakers are now making the same point.“We need a pro-growth economic agenda,” said Rep. Richard E. Neal (Mass.), a senior Democrat on the influential House Ways and Means Committee. “We need to embrace the traditional Democratic positions of optimism and aspiration.” Like many Democrats, Van Hollen argues that creating a more prosperous middle class is the best route to overall growth in an economy driven by consumer spending. He began working on his action plan even before the November blowout, a tacit acknowledgment that he saw that the party’s agenda was weak.

Let me explain: Voters are more worried about economic growth and living standards than income inequality. So to make an ideological campaign against inequality actually relevant to the 99%, Democrats are now trying to strongly link inequality and growth. Since middle- and lower-income consumers have a “higher propensity to consume” than the wealthy, we need to redistribute income to lower inequality and boost growth. Indeed, liberal economist Larry Summers has argued America’s “secular stagnation” may partly result from the income gap since “rising inequality operates to raise the share of income going to those with a lower propensity to spend.”

So Democrats now have a unified theory of what’s wrong with America, as exemplified by the Van Hollen plan. To be “pro-growth” in their view doesn’t mean to raise America’s growth potential through investment and ideas — that might require, for instance, lowering the business tax burden — but instead through redistribution and spending (This might not be a hard sell.) If there was any remaining doubt left that the modern Democratic party is no longer the party of Bill Clintonomics — deregulation, free trade, fiscal restraint, lower investment taxes — this plan should obliterate it.

They are the Democrat Communist Party