One out of about every twelve newborns in the United States is an anchor baby, or the U.S.-born child of illegal migrants, according to a Pew Research Center study. 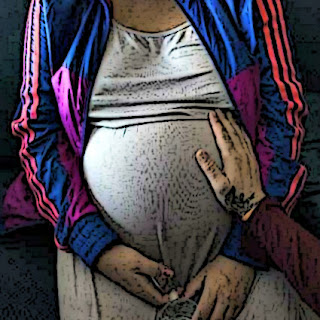 This means that one anchor baby is delivered every 93 seconds, based on the 2008 census data analyzed by the Pew.

The huge number of foreign children born on U.S. soil– roughly 340,000 per year— is also an economic imposition on Americans, who pay taxes to help raise, feed, and educate those children of illegal migrants.

Eventually, those 340,000 U.S.-born foreign children can join the U.S. workforce and compete for wages against the roughly four million children of U.S. parents that enter the slow-growing U.S. economy each year.

Only 28 percent of likely U.S. voters believe that children born to illegal migrants in this country should automatically be American citizens, according to a 2011 Rasmussen Reports survey. In fact, the proposal is so unpopular that even Jeb Bush, who favors large-scale immigration, has criticized pregnant foreigners who grab citizenship for their kids by flying into the country posing as tourists. Bush described the practice as “fraud,” and asserted that, “Frankly, it’s more related to Asian people coming into our country — having children in that organized effort, taking advantage of a noble concept, which is birthright citizenship”

The growing industry of “birth tourism” is so large that even California’s government recently cracked down on the illegal — but rarely suppressed— trade.

The federal government currently grants automatic citizenship to all U.S.-born children of illegal migrants based upon what experts say is a flawed interpretation of the 14th amendment. This interpretation is backed by progressive political advocates and wealthy business interests, and it allows a pregnant foreigner to win citizenship — and myriad financial benefits — even when laws, legislators and voters oppose her entry into the nation.

The rewards to the mother and father are huge. The mother, for example, can collect federal welfare on behalf of the child, and the adult child – as a U.S. citizen – will eventually be able to win a green card for his or her parents, despite their prior illegal entry into the United States.

71 percent of illegal-alien headed households with children received some sort of welfare in 2009, compared with 39 percent of native-headed houses with children. Illegal immigrants generally access welfare programs through their U.S.-born children, to whom government assistance is guaranteed. Additionally, U.S.-born children of illegal aliens are entitled to American public schools, health care, and more, even though illegal-alien households rarely pay taxes.

The cost of K-12 public school alone for a U.S.-born child of illegal migrants is, at a minimum, around $160,000 (using the average cost $12,300 per pupil per year). Additionally, under universities’ system of racial preferences, anchor babies will get bonus SAT and GPA points when they apply to college. Many corporations will continue this benefits program when considering their job applications as well.

Both Senator Sen. David Vitter (R-LA) and Congressman Rep. Steve King (R-IA) have introduced bills that would correct this misapplication of the 14th amendment by ensuring citizenship is only granted to a child that has at least one parent who is either a U.S. citizen or a legal permanent resident. Presidential candidate Donald Trump has also issued a plan that would restrict this appropriation of U.S. citizenship.

But the presidential candidates favored by wealthy donors, Sen. Marco Rubio (R-FL) and Jeb Bush, have both argued that the United States should continue this controversial application of the 14th amendment that allows foreign migrants to appropriate U.S. citizenship for their children.

Marco Rubio co-authored the Senate Gang of Eight bill, which won the endorsement of La Raza and would substantially increase family chain migration.

When asked by CNBC why he defends this unpopular application of the 14th amendment, Rubio explained that he supports it because U.S.-born foreign children “are people”:

“Those are human beings and ultimately they are people, we’re not just statistics, they’re humans with stories,” Rubio said.

The left is so self-loathing over our prosperity and power that they want to destroy the US by destroying its successful culture. That culture is the vestige of the culture extant at the country's founding, that is specifically, the Anglo-Saxon Protestant culture best known for its work ethic. This is commonly called White Anglo Saxon Protestant (WASP). Thus the strong push to show preference for anyone who is not "white", which is liberal-code-speak for anyone who even hints they are WASP, even if they are a black person like Justice Clarence Thomas or Herman Cain.

Liberals seek to destroy the prevalence of WASP influence by diluting the culture with anyone who is not WASP. This the flood of immigrants from central and south America, who are mostly poor and under-educated. Most important, they come from countries where they are used to government control over their lives and being dependent upon the powerful forces in their societies, whether government or drug cartels.

This is treason by other means.