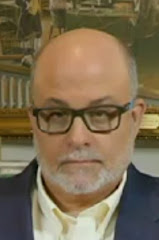 SEAN HANNITY: You mentioned on your radio program yesterday -- and I think this is important. I think it's worth putting up. Republican senator Jacob Howard of Michigan, while they were debating the 14th Amendment -- he's the author of the clause -- every person born within the limits of the United States and subject to their jurisdiction is by virtue of natural law and national law a citizen of the U.S. This will not, of course, include persons born in the United States who are foreigners, aliens, who belong to the families of ambassadors or foreign ministers accredited to the government of the United States, but will include every other class of persons.

You know, and as you pointed out, it settles the great question of citizenship and removes all doubt as to what this clause meant. Why are so many people getting this wrong?

But that's not what it says. Then it says, "had subject to the jurisdiction thereof." Now, you have slip and fall lawyers, some phony constitutional lawyers, they have "esquire" after their name, they come on TV, they go all over the place.

How do we know it? Because they said it! And they also excluded everybody that the left and some of the Republicans want to include.

Now, here's the good news. There's another part of the Constitution. It's article 1, section 8, clause 4. Here's what that says in plain English. "The Congress shall have power to establish a uniform rule of naturalization."

Now, you know what that means? That means Congress, not the courts, not the president, not ICE -- it means the United States Congress has the power to regulate immigration in this regard.

And guess what, Sean? In the 1920s, that's exactly what it did. The 14th Amendment excludes Indians, that is native Americans, as U.S. citizens because they felt that they had an allegiance to their own tribes.

OK. Great. And I believe it was in 1923, Congress reversed course and said, You know what? Under the 14th Amendment and under this article 1, we've decided to grant citizenship, national citizenship, to all native Americans.

As is the case in so many matter, the Left is