The invaluable Sharyl Attkisson, an investigative reporter excommunicated from CBS News for daring to reveal some of the crimes of the Obama administration, offers an informed set of 15 "unsolicited observations" regarding Hillary Clinton's ever-expanding email scandal. My top three? 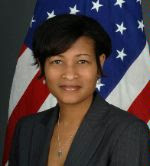 There’s no excuse for law enforcement officials failing to investigate the serious allegations made by a former Clinton Deputy Assistant Secretary: Raymond Maxwell. A year ago, Maxwell alleged he witnessed a Benghazi document sorting operation in the basement of the State Department with Clinton aides Cheryl Mills and Jake Sullivan present. Potential evidence that could have been collected, had law enforcement or the State Department elected to conduct a thorough and impartial investigation, includes witness testimony, swipe card records, sign-in sheets and security tapes. Even if authorities were to investigate now, the amount of time that has passed since the alleged event raises the question of how much untainted evidence could be collected.

[2] What difference does it make?

Clinton has shifted her verbiage in significant ways:

July 28: “I am confident that I never sent nor received any information that was classified at the time it was sent and received [emphasis added].”

August 18: “I did not send classified material, and I did not receive any material that was marked or designated classified [emphasis added].”

No matter the wordplay, the inspector general of the Intelligence Community has provided information that, if true, means all of Clinton’s statements are false.

[3] Ghosts of document controversies past.

As mentioned, a former Deputy Assistant Secretary under Clinton, Raymond Maxwell, told me he witnessed an operation to separate Benghazi documents in the basement of the State Department at which top Clinton aides Cheryl Mills and Jake Sullivan were present.

In 1997, a federal judge found no obstruction or conspiracy but referred to Cheryl Mills’ conduct as a White House official as “loathsome” in a case of missing White House emails.

In 1988, a Congressional report alleged Hillary Clinton “ordered the destruction of records relating to her [legal] representation of [Jim] McDougal’s Madison S&L” when federal regulators were investigating the insolvency of the Arkansas savings and loan. Bill Clinton was Arkansas governor.

In 1996, after nearly two years of searches and subpoenas, the White House reported it found copies of missing documents from Hillary Clinton’s law firm that described her work for Madison S&L in the 1980s. The White House previously said it did not have the records.

It's true: the Clintons are usually able to dodge accountability for endangering national security and selling off America's precious national security assets (e.g., Uranium to Russia, guided missile technologies to Red China, and diplomatic secrets to whoemever, to name but a few).

This time, however, may be different. Bill Clinton's likable personality made up for a lot; he was the kind of guy you could see grabbing a beer and shooting the sh** with. Hillary, on the other hand, appears to be a thoroughly tiresome and annoying individual who I liken to the weird old Aunt you hated to visit when you were 10. It wasn't just the cats and the smell of cat pee, it was the crappy old hard candy and condescending comments.

Add in a proclivity for lying unmatched since, uhm, Obama, Bill Clinton and Richard Nixon, and you're left with a nauseating stew unbecoming anyone in public office, least of all a Commandress-In-Chief.

At this point, I don't think even most Democrats are #ReadyForHillary.

"the weird old Aunt you hated to visit when you were 10. It wasn't just the cats and the smell of cat pee, it was the crappy old hard candy and condescending comments."

Doug, is this back story on this going to be in your autobiography?

I could not believe it when I learned that the State Department refused to investigate the destruction of the Benghazi e-mails. Long before that "house cleaning endeavor in the basement of the State Department," Gregory Hicks had testified before Chairman Issa's Committee in the House of Representatives. He indicated that he had called and personally talked to Hillary the night of 9/11/12 to inform her that Ambassador Stevens had called him from the Benghazi Consulate's Safe Room and told him the Consulate was being attacked by terrorists. Hicks further testified that when he learned the Obama Administration's story about the video, he was so shocked his "jaw dropped."

Hicks was the Ambassador's deputy and was stationed at the embassy in Tripoli.