You know it's gotten serious. I refer, of course, to the nearly unbelievable saga of Hillary Clinton's private email server, which the former Secretary of State used to conduct official government business. In clear violation of the National Records Act. And generate a billion or more in cash to the Clinton Global Graft Initiative in exchange for favors from the U.S. government. 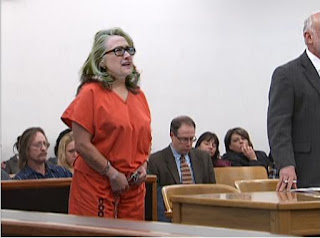 And we all know where the Clinton "charities" spend their donations (hint: it starts with C, ends with N and has "LINTO" in the middle).

The negative PR has gotten to the point that even Granny Catlady was forced to address the scandal. In a public forum today, Hillary says that she never sent or received material that was marked classified.

One State Department official has a theory as to how the classification markers were removed:


“[S]omewhere between the point they came into the building and the time they reached HRC’s server, someone would have had to strip the classification markings from that information before it was transmitted to HRC’s personal email...

[Doing so would] constitute a felony, in and of itself. I can’t imagine that a rank-and-file career DOS employee would have done this, so it was most likely done by someone in her inner circle.

Given the fact that the State Department reported Friday that top Hillary aides Cheryl Mills and Huma Abedin both used personal email accounts and an account on Hillary Clinton's illegal email server to conduct government business, the obvious question that each of Hillary aides must be asked is:

"Did you or anyone you know remove classification markers from documents?"

Perhaps a member of the House Oversight Committee -- someone like Trey Gowdy, only competent -- could pose the question.

Oh, and when forced to address this insane mess, Hillary stated earlier today that voters aren't interested in the scandal, because she never gets asked about the topic (which is not related to the fact that her 'town hall' attendees are all carefully screened).

Hope you don't mind, I've borrowed the picture, I think I can use it for a few months on the old blog .. Keep up the awesome work..... ;)

A person would have to be mentally ill not to know if something was classified with or without a special marking. Hillary is a pathological liar who will spend eternity in hell. But first, she will be here to execute God's judgment upon a wicked people. If only we would return to our moral roots, but no. Sinning is such fun. Until you die.

My guess would be Huma - considering her MB affiliations - removing that marking. Her role in the SOS and her personal ties to HRC, the Clinton Foundation and their affiliation with the MB - I think Huma is and has the answers to all things Hillary and her criminality.
Huma's intent is not widely known however, the uproar that followed when Michelle Bachman raised questions many of us have/had - tells us that there is much about Huma that needs to be exposed beginning with 'did she has/had a security clearance and if so who approved/issued it to her'. It should also lead to the second question: If she did not have a security clearance how was she able to hold the position she had?

Huma and the other stealth MB agents throughout the current administration placed almost strategically into national security areas - raises the questions of where their loyalty really lies. The American people deserve and must know!

It all ends at Jarrett's doorstep anon-I'd had e Mitch Rapp conduct a little one on one with her.
MM