THE COMING COLLAPSE: Fed Lunacy is to Blame

This week John Hussman’s pondering about the state of our markets is as clear and concise as it’s ever been. He starts off by describing the difference between an economy operating at a low level versus a high level. He’s essentially describing a 2% GDP economy versus a 4% GDP economy. We have been stuck in a low level economy since 2008. And there is one primary culprit for the suffering of millions – The Federal Reserve and their Wall Street Bank owners. They are the reason incomes are stagnant, the labor participation rate is at 40 year lows, savers can only earn .25% on their savings, and consumers have been forced further into debt to make ends meet. Meanwhile, corporate America and the Wall Street banks are siphoning off record profits, paying obscene pay packages to their executives, buying off the politicians in Washington to pass legislation (TPP) designed to enrich them further, and arrogantly telling the peasants to work harder. 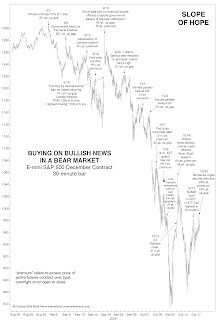 In economics, we often describe “equilibrium” as a condition where demand is equal to supply. Textbooks usually depict this as a single point where a demand curve and a supply curve intersect, and all is right with the world.

In reality, we know that economies often face a whole range of possible equilibria. One can imagine “low level” equilibria where producers are idle, jobs are scarce, incomes stagnate, consumers struggle or go into debt to make ends meet, and the economy sits in a state of depression – which is often the case in developing countries. One can also imagine “high level” equilibria where producers generate desirable goods and services, jobs are plentiful, and household income is sufficient to demand all of that output.

The problem is that troubled economies don’t just naturally slide up to “high level” equilibria. Low level equilibria are typically supported and reinforced by a whole set of distortions, constraints, and even incentives for the low level equilibrium to persist. In developing countries, these often take the form of legal restrictions, price controls, weak property rights, political and civil instability, savings disincentives, lending restrictions, and a full catastrophe of other barriers to economic improvement. Good economic policy involves the art of relaxing constraints where they are binding, and imposing constraints where their absence allows the activities of some to injure or violate the rights of others.

In the United States, observers seem to scratch their heads as to why the economy has shifted down to such a low level of labor force participation. Even after years of recovery and trillions of dollars directed toward persistent monetary intervention, the economy seems locked in a low level equilibrium. Yet at the same time, corporate profits and margins have pushed to record highs, contributing to gaping income disparities.

Dr. Hussman presents his case against the Federal Reserve as clearly as anything I’ve ever read. Bailing out criminally negligent Wall Street banks with taxpayer money, allowing fraudulent accounting to cover up insolvency, printing $3 trillion out of thin air and handing it to the Wall Street banks, penalizing savings while encouraging consumers and corporations to go further into debt, and gearing all of your efforts towards creating stock, bond, and real estate bubbles, is the height of lunacy – unless you are a captured entity working on behalf of a corrupt status quo.

From our perspective, the fundamental reason for economic stagnation and growing income disparity is straightforward: Our current set of economic policies supports and encourages a low level equilibrium by encouraging debt-financed consumption and discouraging saving and productive investment. We permit an insular group of professors and bankers to fling trillions of dollars about like Frisbees in the simplistic, misguided, and repeatedly destructive attempt to buy prosperity by maximally distorting the financial markets. We offer cheap capital and safety nets to too-big-to-fail banks by allowing them to speculate with the same balance sheets that we protect with deposit insurance. We pursue easy monetary fixes aimed at making people “feel” wealthier on paper, far beyond the fundamental value that has historically backed up that wealth. We view saving as dangerous and consumption as desirable, failing to recognize a basic accounting identity: there can only be a “savings glut” in countries that fail to stimulate investment. We leave central bankers in charge of our economic future because we’re too timid to directly initiate or encourage productive investment through fiscal policy. When zero interest rates don’t do the trick, we begin to imagine that maybe negative interest rates and penalties on saving might coerce people to spend now. Look around the world, and that same basic policy set is the hallmark of economic failure on every continent.

Our leaders have failed the American people. We had an opportunity as a country in 2009 to purge our system of our unpayable debt. We could have allowed the orderly liquidation of the Too Big To Fail Wall Street banks, GM, Chrysler, and thousands of other over indebted bloated corporate pigs. We would have had a short deep depression. The excesses would have been wrung out of our economic system and we would have experienced a real recovery based upon savings and investment. Instead we allowed politicians and central bankers to do the complete opposite. We believed their lies. The system was not going to collapse if the Wall Street banks went down. Rich people and bankers would have been wiped out.

When a country allows its central bank to encourage yield-seeking speculative malinvestment; suppresses interest rates in a way that punishes those on fixed incomes and destroys the incentive to save; allows too-big-to-fail institutions to use deposit insurance as a public subsidy to expand trading activity instead of traditional banking; focuses fiscal policy on boosting transfer payments to make up for lost income without at the same time encouraging investment – both private and public – that could create new sources of income; that country is going to keep failing its people.

Jim Grant, Bill Gross and a number of other truth telling financial analysts have described how QE and ZIRP have done nothing but allow zombie corporations which should have gone bankrupt to survive and contribute to the low level economy we are experiencing. The creative destruction essential to produce a dynamic economy has been outlawed by the Federal Reserve. The encouragement of consumption through low interest rates has failed. Economies grow through investment, not consumption.

Every economy funnels its income toward factors that are most scarce and useful. If a country diverts its resources toward consumption and speculation rather than productive investment, it shelters the profitability of existing companies by making their capital more scarce and therefore more profitable, while at the same time discouraging new job creation. A vast pool of unused labor also has little ability to demand more compensation. In contrast, when an economy encourages productive investment at every level, more jobs are created, and yet capital becomes less scarce – so profit margins fall back to normal. The income from economic activity is then available to both labor and capital, rather than funneling income into a basket that reads “winner-take-all.”

It seems the Fed’s motto is: “The Lunacy Will Continue Until Moral Improves”. The Fed has accomplished only one thing over the last six years – creating multiple bubbles with no exit plan that will not pop those bubbles. The Fed has trapped themselves and there is no way out. They must either raise rates now and trigger the next market collapse or wait and trigger an even larger collapse. Hussman thinks legislation may be necessary to restrain the Fed, but he fails to realize the politicians are captured by the very banks who control the Fed.

We need to re-think which constraints are actually binding us. With trillions of dollars sitting idly in bank reserves, and interest rates next to zero, the Federal Reserve continues to behave as if bank reserves and interest rates are a binding constraint – that somehow loosening those further might free the economy to grow. This is lunacy. Fed policy is no longer relieving constraints; it is introducing distortions. That – not the exact level of wage growth, inflation, or unemployment – is the primary reason to normalize policy, and to start along that path as soon as possible. Current Fed policy discourages saving while diverting the little saving that remains toward yield-seeking malinvestment. If the members of the FOMC cannot restrain themselves from extraordinary policy distortions on their own, it may be time for legislation to explicitly remove the discretion from their hands.

Those who think low interest rates will forever sustain extremely overvalued financial markets are kidding themselves. First of all, the Fed can’t ease. When interest rates are at 0%, there is no place left to go. The credibility of the Fed is already declining rapidly. Once faith in their ability to elevate markets is lost, the collapse will commence. The slope of hope will become the crash of cash.

The difficulty with creating a bubble of speculative distortion is that there is always hell to pay, and once valuations have already been driven to extreme levels, that hell is baked in the cake. It can’t be avoided, and once investors have shifted toward risk-aversion, history indicates it can’t even be managed well. Recall that the Fed was easing persistently and continuously throughout the 2000-2002 and 2007-2009 market collapses. As a reminder of how fruitless official interventions can be once investors have shifted to risk-aversion, I’ve reprinted the instructive chart that Robert Prechter of EWT published in October 2008, as the S&P 500 was on its way to the 700 level. Investors who actually believe that Fed easing creates a “put option” for stocks have a very short memory of the past two bear market collapses.

As Sergeant Esterhaus used to say on Hill Street Blues, be careful out there. We are presently at the 2nd most overvalued point in stock market history. It’s dangerous out there. The Fed doesn’t have your back. Anyone in the stock market today has a high likelihood of losing 50% of there money in a very short time. If you think you can get out when everyone else decides to get out, you’re a lunatic. Lunacy does seem to be the primary trait amongst our financial elite, political class, and willfully ignorant masses. 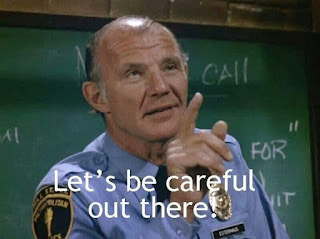 When weak participation has been accompanied by rich valuations, scarce bearish sentiment, and recent market highs, the number of instances narrow to some of the worst points in history to invest.

When weak participation, rich valuations and scarce bearish sentiment accompanied a record high in the same week, the handful of instances diminish to surround the precise market highs of 1973, 2000, and 2007, as well as 1929 on imputed sentiment data – and the week ended July 17, 2015.

Understand that the present deterioration of market internals is broad-based, unusual, and historically dangerous.

VIdeo: Ben Carson: ‘Stop Listening to These People Who Tell Us That We Cannot Talk About God’