The invaluable investigators at Judicial Watch continue to perform the Congressional oversight duties that Darrell Issa, Trey Gowdy, John Boehner, and the rest of the feckless GOP leadership hacks refuse to do. That is, actually see some tangible results related to the serial perfidy of Hillary Clinton and the entire Obama administration. 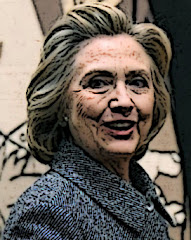 ...Judge Emmet Sullivan today ordered the State Department to file by noon, Friday information about what it is doing to search Hillary Clinton’s email server now in the custody of the Justice Department and FBI. The court also reiterated its directive that the State Department disclose additional information about where government records may reside. The order is the result of a Freedom of Information Act (FOIA) lawsuit that seeks records about the controversial employment status of Huma Abedin, Clinton’s former deputy chief of staff (Judicial Watch v. U.S. Department of State (No. 1:13-cv-01363)). The lawsuit was reopened because of revelations about Hillary Clinton’s email records...

...Late last night, the State Department filed correspondence in response to another order by Judge Sullivan requiring the State Department to report on his directive to take steps to ensure that Mrs. Clinton, Ms. Abedin, and Clinton aide Cheryl Mills did not destroy government records. The filing included a letter from Hillary Clinton’s lawyer David Kendall that read in part:

“This latest order shows the courts are expecting quick action on Mrs. Clinton’s email system and that the Justice Department won’t be able to bury her emails,” said Judicial Watch President Tom Fitton. “And her lawyer’s letter in response to the court’s orders shows Mrs. Clinton continues to withhold material information from the court. It also looks as if Mrs. Clinton is still withholding emails from the FBI and Justice Department.”

I hope you're sitting down to hear this bit of breaking news: Hillary Clinton hasn't been fully forthcoming in answering questions about her secret email server and the reasons for its mysterious degaussed hard drive.