Former Secretary of State Hillary Clinton entrusted her email server to an IT firm that was not cleared to handle classified materials, according to the chief spokesman for the Defense Security Service. 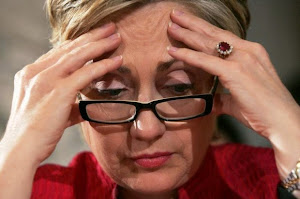 The DSS is an arm of the Defense Department and is the only federal agency authorized to approve private sector company access to sensitive or confidential material.

The agency reviews and approves private contractors to assure they have secure facilities and approves security clearances for employees to clear them for access to sensitive or classified materials.

Since 2013, Clinton used Platte River Networks, a small Denver-based company, to upgrade and maintain her private email server at her home in Chappaqua, New York.

About 13,000 companies have received FCL or facility-wide clearance. But Platte River is not one of them.

“Platte River is not cleared” to have access to classified material, stated Cindy McGovern, chief public affairs officer for DSS in a telephone interview with The Daily Caller News Foundation.

The DSS provides clearances to 30 federal departments and agencies, including the State Department.

Alex McGeorge, the head of threat intelligence at the IT cybersecurity firm Immunity told TheDCNF that all facilities approved for access to classified materials need a “SCIF” — or Sensitive Compartmented Information Facility — also known as a hardened room.

“It’s a room that is resistant to eavesdropping and unauthorized entry limited to personnel with security clearances. That would be a room that where data coming in and out of the room is tightly controlled,” he said.

For servers that contain Top Secret information, “you would have to have very compartmentalized clearance to see. Those standards are much higher,” McGeorge said.

The DSS current mission is carried out under the National Industrial Security Program (NISP), the rules of which were established by President Clinton in 1993 with Executive Order 12829.

Platte River has not responded to requests for comment from TheDCNF.

Read more at The Daily Caller.