WHITE HOUSE: China's been hacking our emails since, oh, around the time Hillary began using her own insecure email server

Completely unexpected news o' the day: it would appear that Red China's cyber-warriors have been hacking sensitive White House, State Department, and related diplomatic emails since -- you guessed it -- Hillary Clinton began operating her own private email server to conduct official government business. 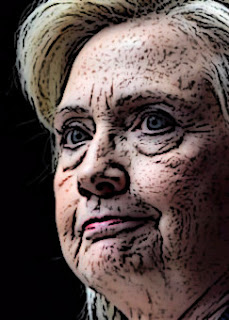 The email espionage — codenamed "Dancing Panda" by the US before being dubbed "Legion Amethyst" — was detected in April 2010... "The intrusion into personal emails was still active at the time of the briefing and, according to the senior official, is still going on," NBC reported... "Dancing Panda" has successfully attacked at least 600 targets over the last five years, according to NBC.

The period overlaps with Hillary Clinton's use of a private email server for work-related correspondences while she served as secretary of state from 2009 to 2013...

In fact, a wide variety of cybersecurity experts had claimed that it was a virtual certainty that Clinton's private email server had been hacked by China, Russia, and Iran.

As even the ludicrous DNC (and GOP establishment) newsletter known as Politico opined in March:

...Melissa Hathaway, a former White House cybersecurity official under Obama and President George W. Bush, gave a terse response: “Was it encrypted? If not, then it was likely exposed.”

Hillary Clinton used a private email server for one reason and one reason alone: to avoid public scrutiny of the co-mingling of Clinton family's foundation with her official duties. There can be no question that her actions endangered America's national security.

She is not fit to serve as president of the United States. What's more, were she not a member of the Beltway 1%, she'd be serving time in Leavenworth with the rest of the hoi polloi who violated the plain letter of their security clearance documents.

What an idiot Killary is. And there are actually people who would vote for her for president? She should be in jail. She has some bal1s running for the job in the first place. No shame, no integrity. Just another cheap, lying, commie con artist; exactly what we have now.

You psychos think that right-wing Politico is a "DNC newsletter"? LMAO